thiekus
May 2019 in Video Games

This is my side project from last year to examine some Visual Basic 3 program into source code using DoDi VB3 Decompiler, so I could rebuild them to 32bit executable. One of interesting piece is early version of shareware game World Empire IV, from Viable Software Alternative is built from VB3 version 3.01 (later version and WE V is compiled using VB6). It's possible to decompile into VB3 project by using that Decompiler program, the only non trivial task are fixes some missing API declaration and VBX functions that couldn't handled by decompiler. Finally I could get this build and run in VB4 so I can build for both 16bit and 32bit executable. Even local network play (CyberWar) works well without excessive efforts, just port old ipport and ipdaemon VBX control into it's direct successor as /n software IPWorks ActiveX in 32bit. 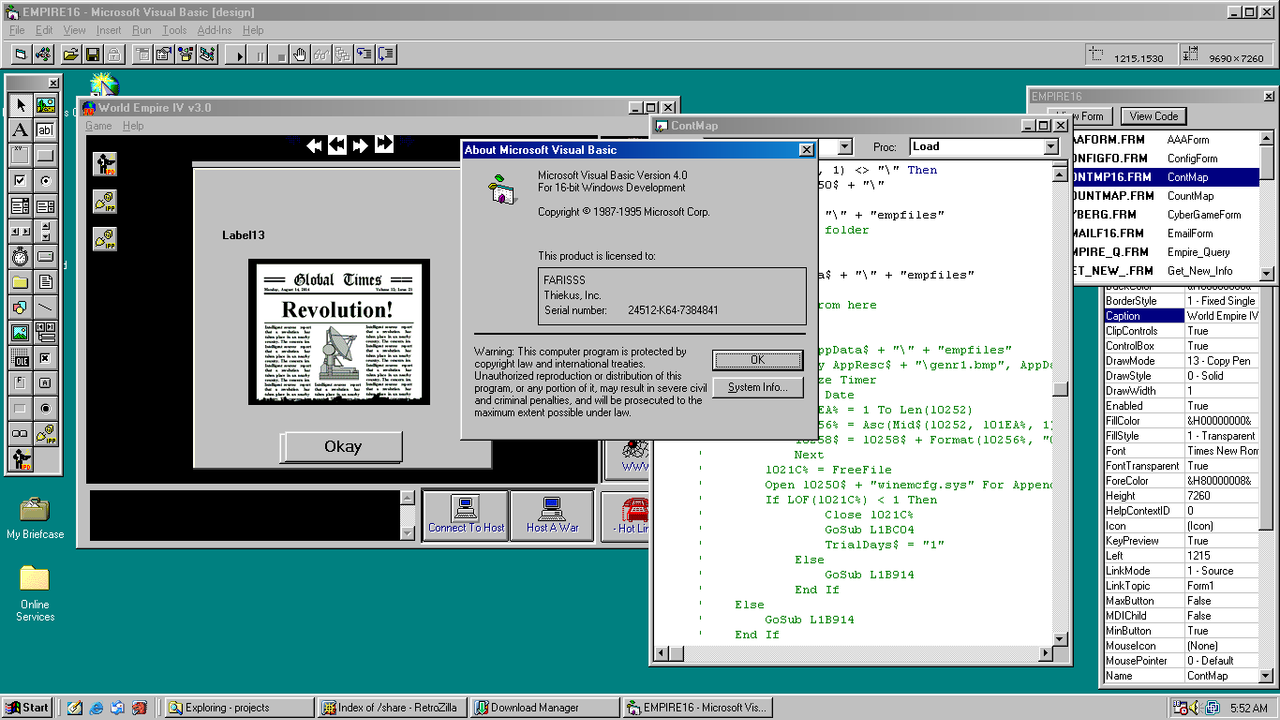 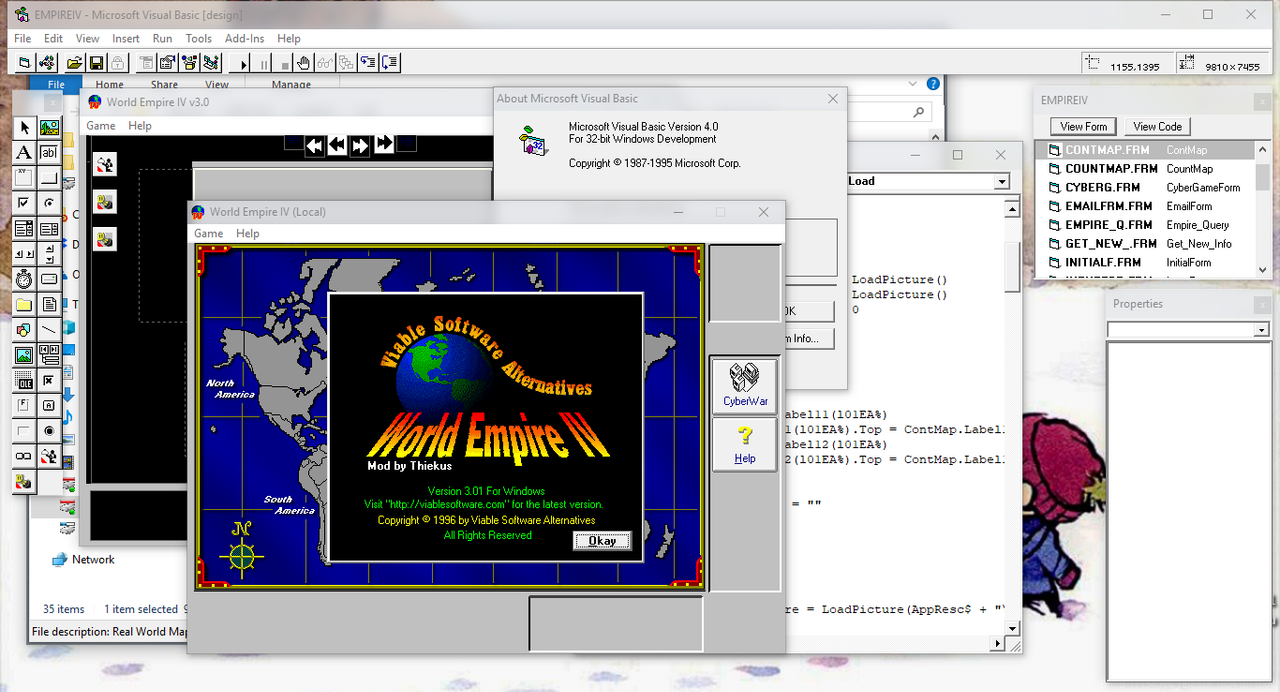 It was also possible to import them into VB6 without effort, though you can't open in VB4 anymore once you save as VB6 project.

I don't know it's legal to distribute decompiled work of this shareware, seems this game was abandoned (although they still sale for World Empire V only on their website)

For you would like to try, here is both 16bit and 32bit build binary: https://www.mediafire.com/file/d1z52e69wjk0cf9/WorldEmpire4.zip/file