SomeGuy
March 2017 edited April 2017 in Software Spotlights
Dan Bricklin's "Demo" is a DOS-based tool for creating tutorials, interactive application demonstrations, and interface prototypes. It has a powerful scripting system, with the ability to store and manipulate both text and graphics screens, and a redistributable runtime. It is primarily notable as having been written by Dan Bricklin, the author of VisiCalc. 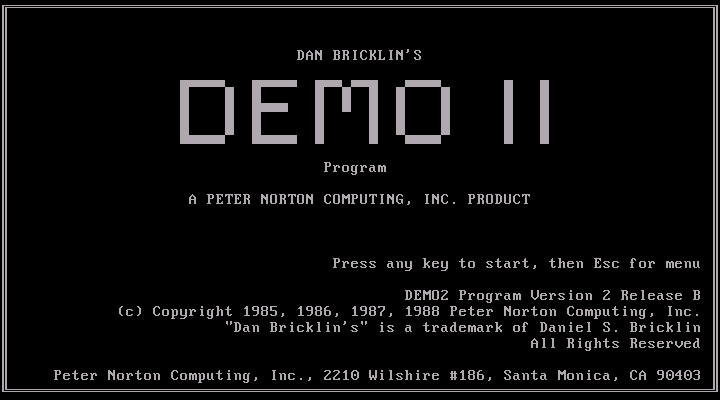 You might be tempted to think of it as a business presentation program, but it is really more of a development tool.

It is also not very friendly. The fist thing it does after the splash screen is drop you in to a completely black editor screen. No status bar, no "press esc for menu", no nothing.

Ironically one of the flyers included with this specific item was an advertisement for Norton Commander, which prominently displays a black screen with the large text "See DOS Run", and goes on to compare that to Norton Commander. 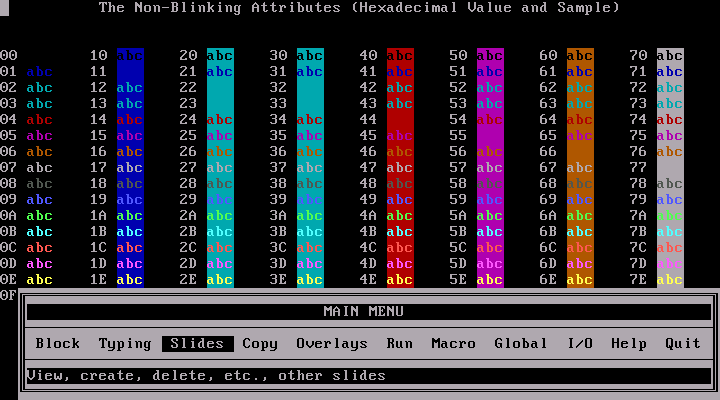 From there, the organization is a little confusing. The program revolves around "slides". These are text-mode screens that you create. Each slide may contain multiple "run codes" that act as a program. Some slides may be designated as "overlays", in which the content of that slide can be mixed and matched with other slides. 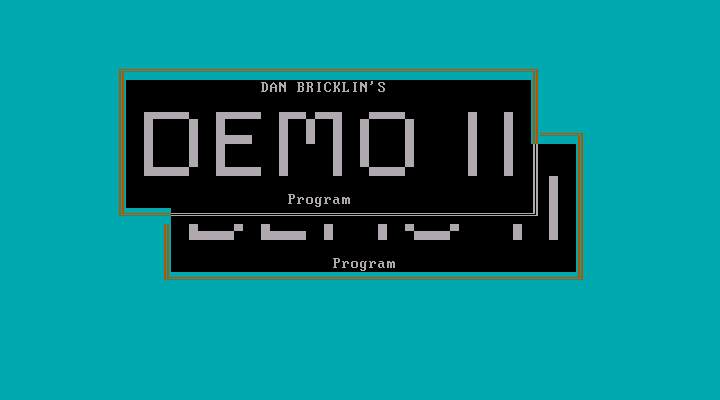 As the name suggests, it is primarily used to create "demos". A typical text-mode application tutorial is a good example of the sort of thing this program can create. Often application vendors would want freely redistributable slide-show demonstrations, but with interactivity - something this program is good at.

It was also marketed as a user interface "prototyping" tool. One could quickly mock-up a few text-mode screens and tie them together in such a way as to give an idea of what a new program might look like. However, I would expect one to run in to various limits quite quickly, and there seems to be little functionality specific to this use. 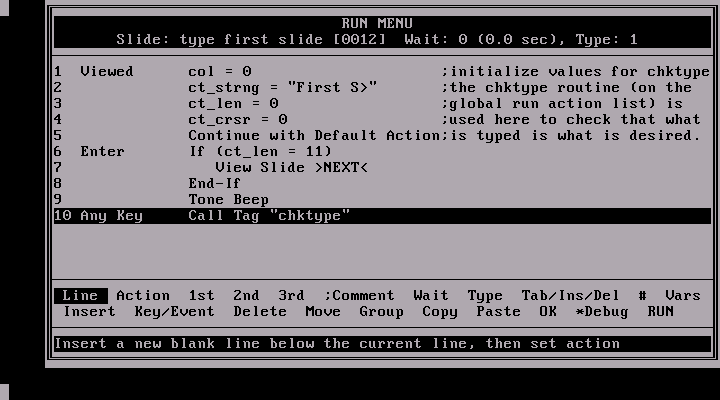 Although Demo II is mainly designed to operate on text screens, it is possible to insert graphics screens and perform a number of effects on them. This version of Demo II only supports up to EGA 640*350 resolution. 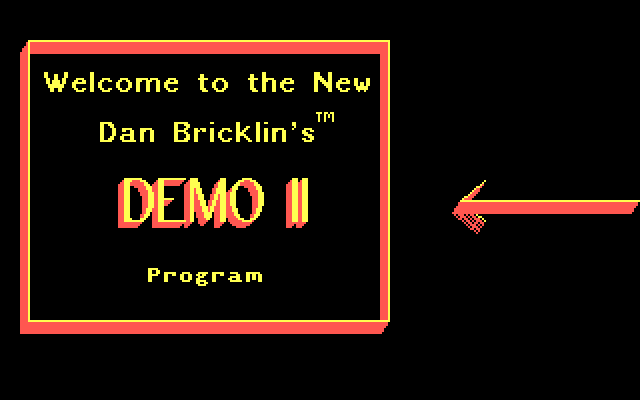 Demo was first released in 1985 by Dan Bricklin's consulting firm Software Garden. It was later sold under Peter Norton Computing, and then Sage Software.

A Microsoft Windows version was released under the name "Demo-It!".

In conclusion, it seems it was fairly popular for what it did. But I suspect much of the fanfare was simply due to who wrote it. Compared to VisiCalc, this program was not much of a game changer, but it filled a need.