Dell UNIX is so ultra rare among rare Unix species that it doesn’t even have a Wikipedia entry. Dell once was a UNIX vendor. Dell Unix known as Dell Unix System V Release 4.2.2. The first release of Dell Unix was based on System V Release 3.2 as available from Interactive Systems Corp. However, it was hardly the standard ISC product. Most notably, it included “DOS Merge” from ISC rival Locus Computing instead of ISC’s VP/ix DOS compatibility subsystem. Dell SVR3.2 also included the Motif window-manager, X Windows support for higher performance graphics cards and emphasis on Xenix compatibility. When Dell UNIX was first publicly demonstrated at the 1989 UniForum Conference, the most prominent handouts were tote bags touting Xenix compatibility. The system can be installed from either a tape or network server (presumably NFS). Unfortunately no virtualization software can emulate a tape drive. Dell Unix also came VirtualBox Ova and Bochs image. Sprite Dell Unix for being rare it quite popular at time and Microsoft Windows was not as dominant as it is today. 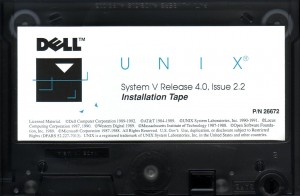 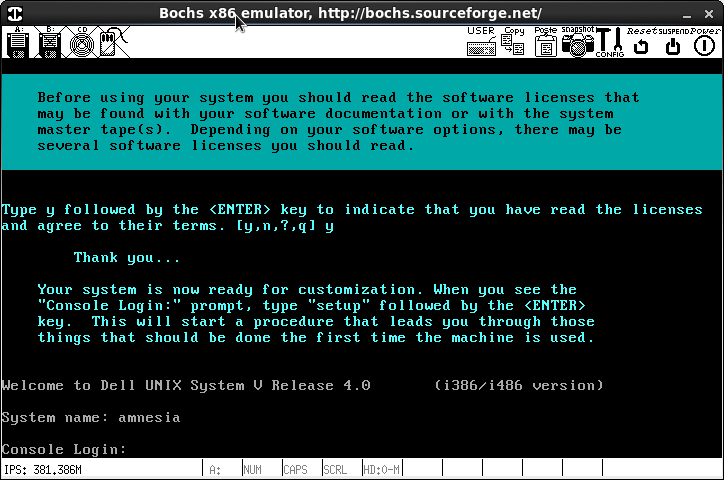 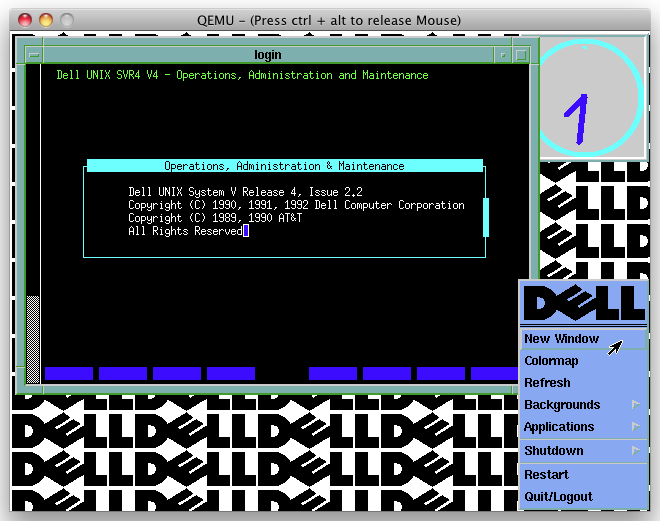