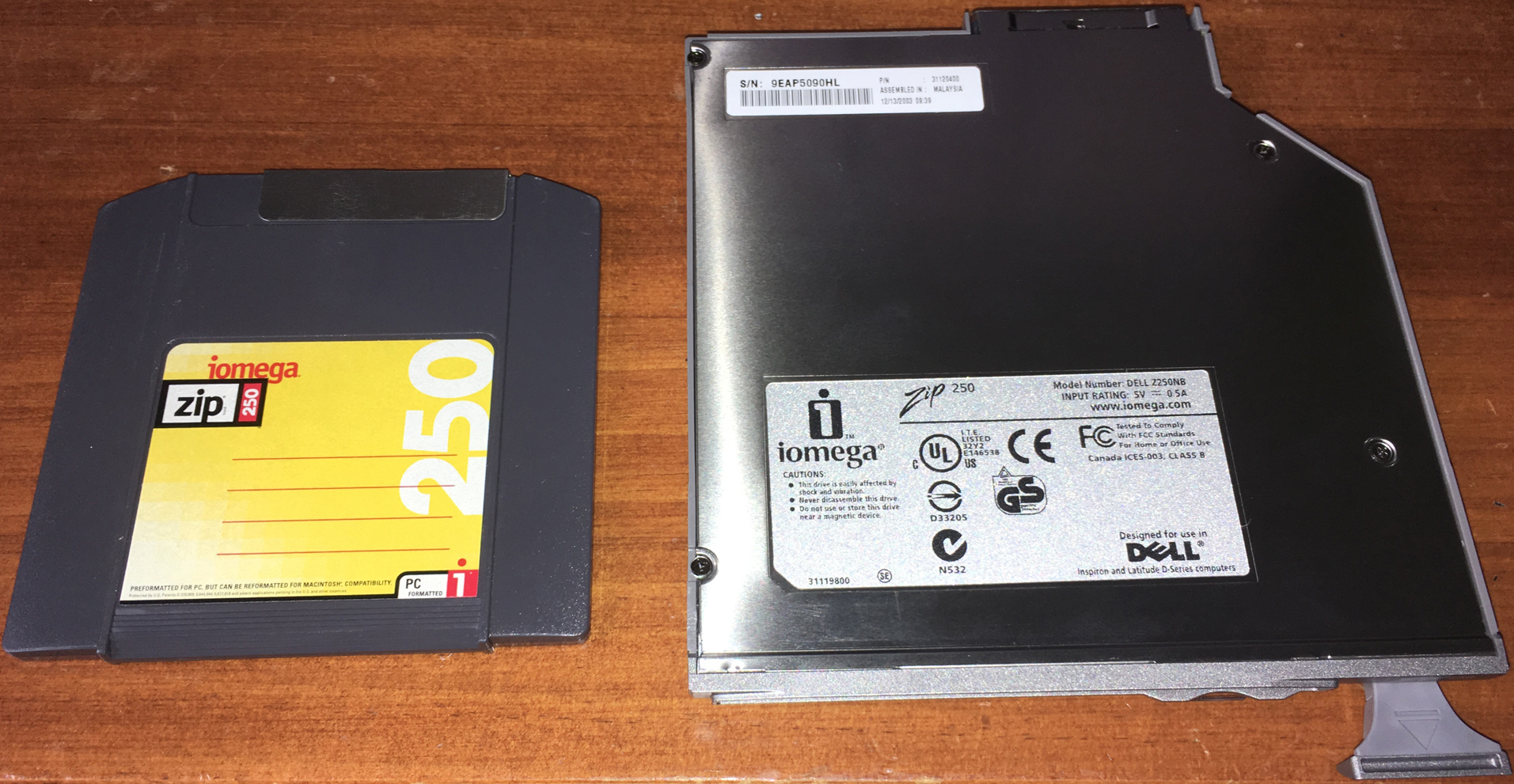 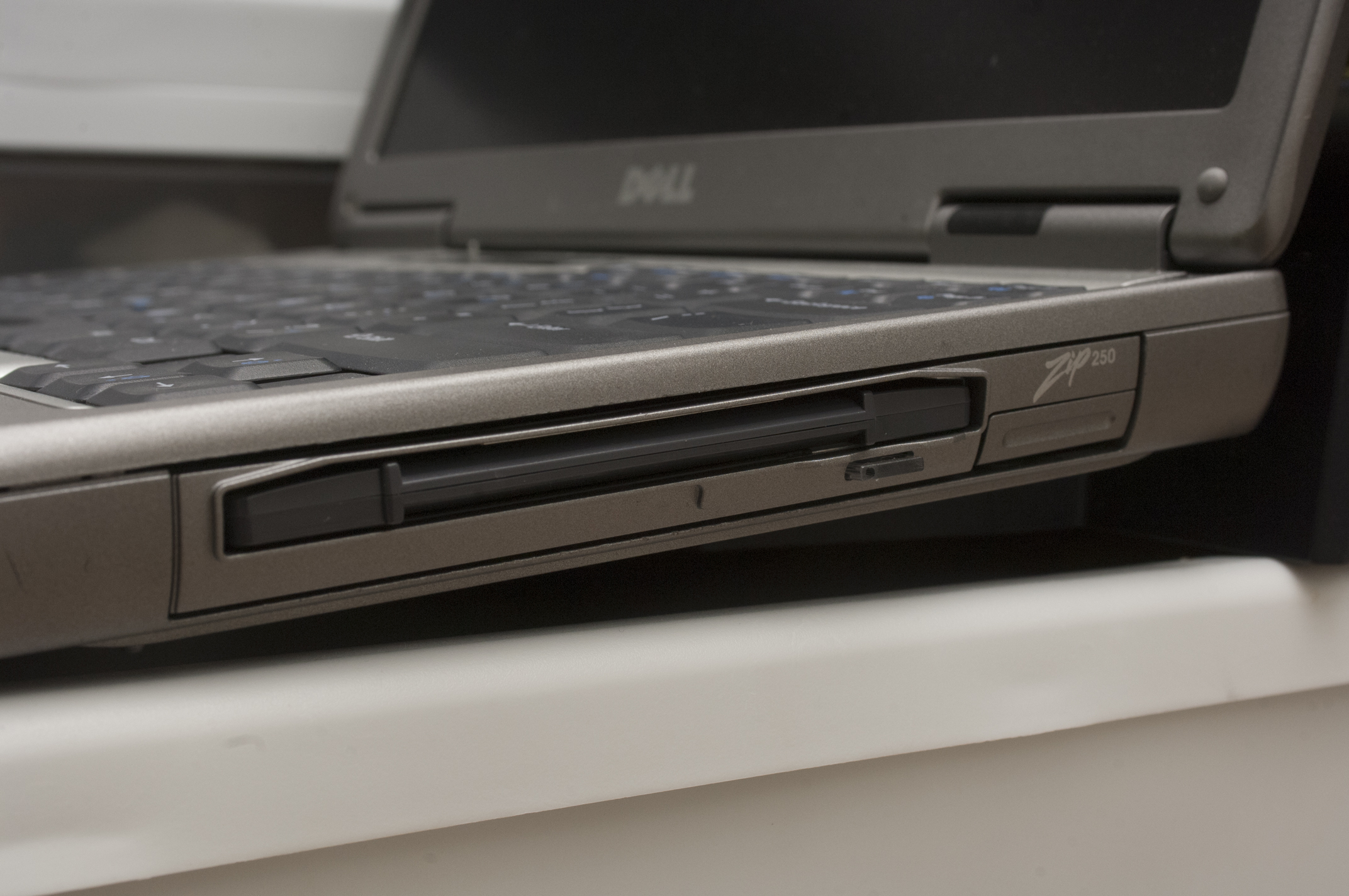 On the internet and all over any documentation, this does not exist.
This is an Iomega 250 Zip drive made specifically for the D series media bay.

Interestingly, the D600 was released in 2003, the same year Iomega discontinued the Zip. This implies Iomega had the specs prior to the release of the D600 as an authorized accessory producer, and produced it in limited quantities to see how well they would sell. This is considering how well the C series bay drive sold.
Likely a last-ditch effort to try and keep up the Zip specification. Nonetheless, it looks like it didn't succeed and production was stopped likely with the discontinuation of the Zip. Never to be heard about again.
Absolutely no information, nothing on dell forums, nothing on any search engine. Like I said, they don't exist online.

Moving to the actual hardware, it works quite well. The servo motors for the slider and push out mechanisms are louder than a USB zip drive. But the servo moving the data cookie sound like an old CDRom drive.
The D600 treats it like a floppy in terms of boot. If there's an active partition on the disc, the D600 will try to boot from it incorrectly, resulting in the infinite blinking dash or a disc error. Windows, however, treats it like any other Zip drive.
Read/Write is slightly faster than a regular usb Zip drive. Most likely using the extra data lanes the media bay provides in addition to usb.

If anyone else may have some knowledgeable input about Iomega and this specific drive, please comment. I'd like to know a little more (if anyone knows) about the story and better reasoning for production of this drive.

I also found an ebay listing for one of these drives. Notice how everything points to it being a drive for the C series, except the picture on the box label. Everything else (documentation, software, text labels) corresponds to a C series drive.
https://www.ebay.com/itm/192940694987?ViewItem=&item=192940694987

I spoke with the seller, and he said he acquired a few from an auction at University of North Caroline Greensboro. Seems like Iomega targeting institutions where D series laptops would gain a foothold and where easy transfer of reasonable size files among students and faculty would matter?