Not a lot to say about this but I recovered multiple versions of this, which I have added: 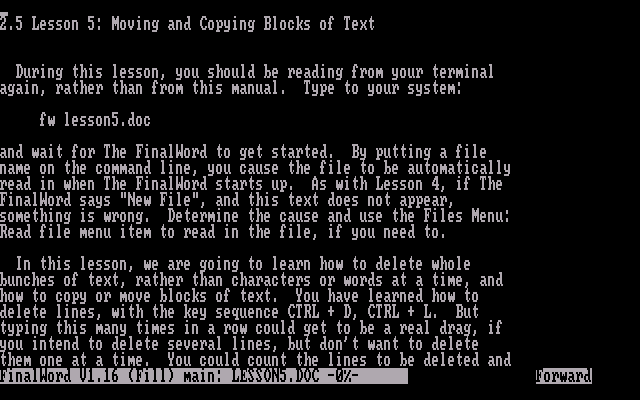 FinalWord, first released around 1982 by a company called "Mark of the Unicorn", is a powerful word processor that started off as an adaption of EMACS. It is a complicated program that uses manually embedded format codes, but it was targeted at professional writers where typesetting detail is important. Its strength is the ability to work with very long and complex documents. It supports headers, footers, table contents generation, index creation, footnotes, type style changes, outlining, tables and charts, multiple column layout. Final Word II adds support for Postscript and user-customizable print formatting commands. 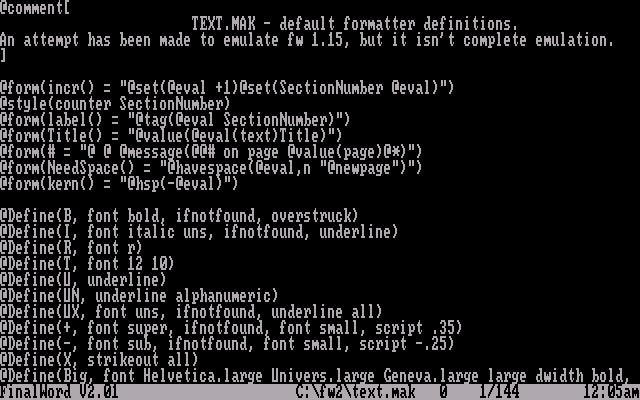 FinalWord supported many early non-IBM PC hardware compatible DOS machines (Such the Z-100 or the TIPC, or in this case the Bytec Hyperion). There were versions for CP/M and the Atari ST.

FinalWord received much criticism for not being "What You See Is What You Get", as was the word processor trend at the time.

One annoying oddity of this program is that is uses a "swap" file to store data when there is not enough memory. But if your turn of your computer without exiting, this file becomes corrupt and you must run a recovery program before you can continue using FinalWord.

In 1987 it was acquired by Borland and released as [Borland Sprint] (https://winworldpc.com/product/borland-sprint).