I noticed that an 86-DOS revision 1.14 turned up on Bitsavers recently, as well as a set of early Microsoft Pascal Compilers for Seattle Computer Products machines. I've updated the downloads to match what they have. 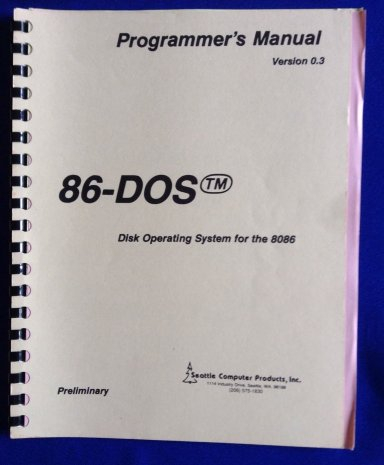 Initially called "QDOS", 86-DOS was a "quick and dirty" disk operating system created by Tim Patterson of Seattle Computer Products for inclusion with their 8086 based S-100 systems. At the time CP/M had not yet been ported to 8086 and Microsoft ROM Basic was too limited. 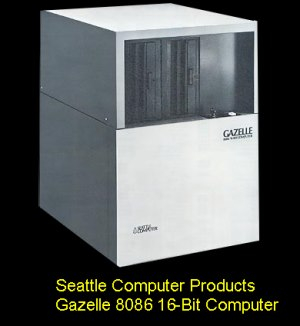 Although it had some functional similarities to CP/M, it was written from the ground up and did not directly copy CP/M. After its success, Gary Kildall of Digital Research alleged it infringed on CP/M.

86-DOS 1.10 was purchased by Microsoft and used as the basis for IBM PC-DOS and MS-DOS.

There were different releases for different hardware-incompatible FDCs. These included Cromemco, Tarbell Electronics and North Star Computers using 8" and 5.25" disks.

The last time I checked, only the Cromemco 4FD version was supported in emulation.

Similar to CP/M, the core of 86-DOS is broken up in to two components: The Basic Input Output System, and an Operating System kernel. The BIOS could be customized to accommodate each specific computer model without the need to modify the System kernel. When it was ported to the IBM PC, much of the BIOS was placed in ROM, partially to support ROM basic.

A News file dated 11/24/81 states:
The documentation for this release of 86-DOS is not complete yet, we
have enclosed the documentation for version 1.0 and a few sheets
explaining new features which are necessary to know to use the system.
We hope to make a new addendum which will replace the 1.0 addendum and
all the loose sheet in a couple of weeks. Microsoft has purchased
86-DOS from us and now owns all the rights to it including the
responsibility to document it. When the final manuals from Microsoft
are available you will get copies.

There is also an interesting, addendum mainly intended to describe the differences between earlier 86-DOS 1.0 and 1.10.

Pulling together several sources, this is a list of known 86-DOS versions. It is likely that not all of these were distributed, and only a few of the early ones have survived.

Roughly corresponds with the IBM PC-DOS

Corresponds with many OEM releases

Please note that at boot, some versions may print only the COMMAND.COM version number, or an OEM revision number that intentionally differs from the DOS revision level. Do not confuse this with the version of the DOS system.

Seattle Computer Products continued to license and offer MS-DOS at least up to 2.0 for their S-100 systems. 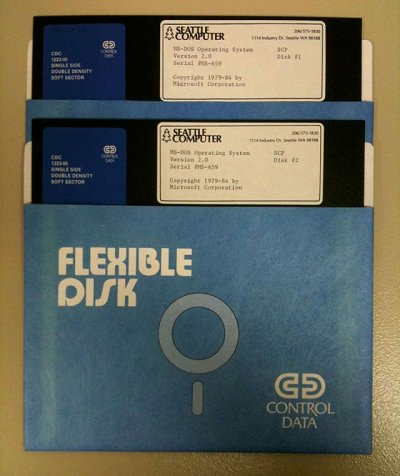 (Note: The forum code coloring extension is totally borked, had to disable it to get this post to work at all)