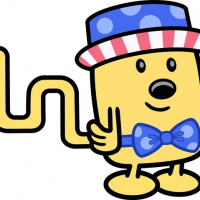 Here I have the Windows NT 4.0 Terminal Server Service Pack 6. It is not in the library, so, as obviously that edition has its own Service Packs, I share it.