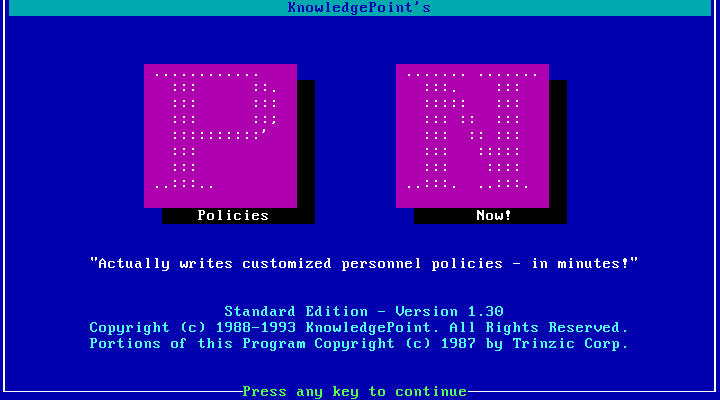 Policies Now, by KnowledgePoint, is a document creation wizard that specializes in corporate policies. It provides general purpose templates with carefully constructed language that are customized via a series of questions. The results may be manually customized further with a built in text editor. 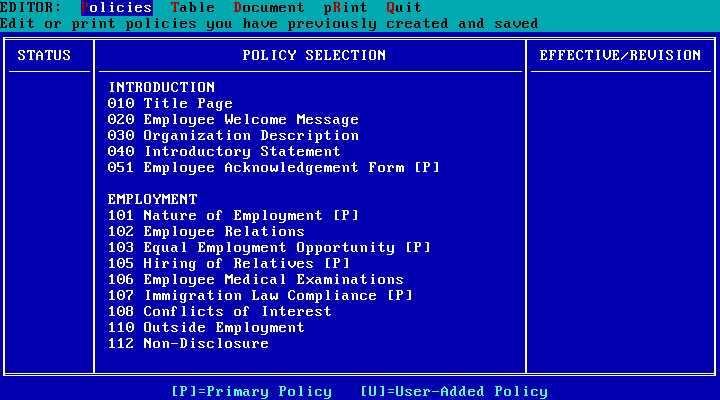 Although 1.30 was released in 1993 it remains for MS-DOS rather than Windows. A Windows 3.1 version was released later.

Today this sort of thing would probably be part of a larger, cloudy, webby, enterprise style, business solution. 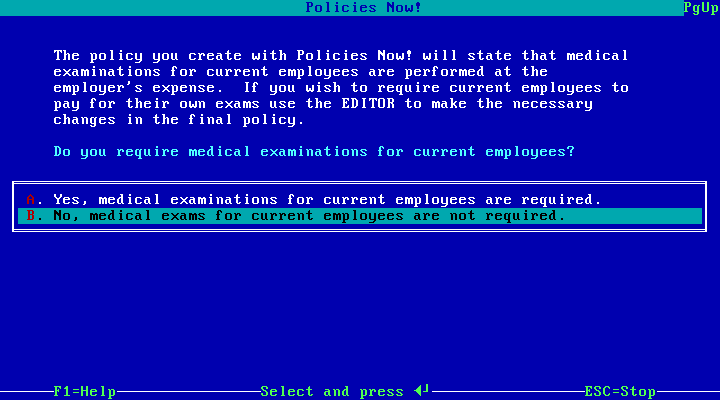 There were a large number of similar products that provided similar document generation, based on simple question or wizard input, especially involving legal documents.

Note: to fully activate the software, you must run "pn.exe /u" and enter the activation code (syj273). It can be installed and run without, but some functionality will not be available. 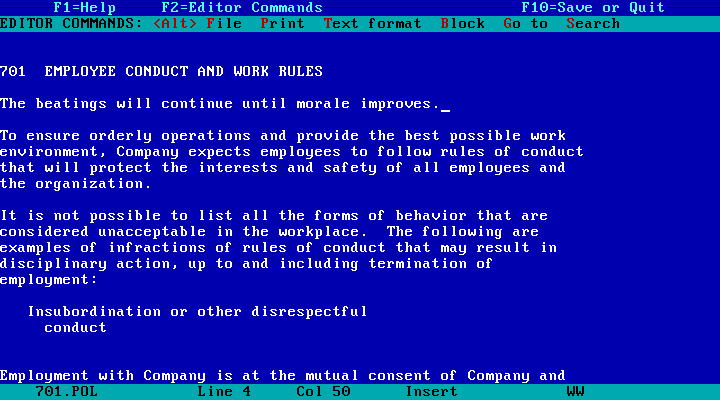 Winworld also has Performance Now!, a performance report writer that perfect for reminding your employees what epic FAILURES they are: https://winworldpc.com/product/performance-now/2x

Wanted: "DescriptionsWrite Now!" that will let you make job descriptions that no human can ever meet, allowing you to outsource everyone to India!