BeckerTools is a set of advanced disk utilities for Microsoft Windows 3.0 and later.

BeckerTools appears to have originated at the German based company "Data Becker GmbH". Around 1990, the software was distributed in the US by Abacus Software. 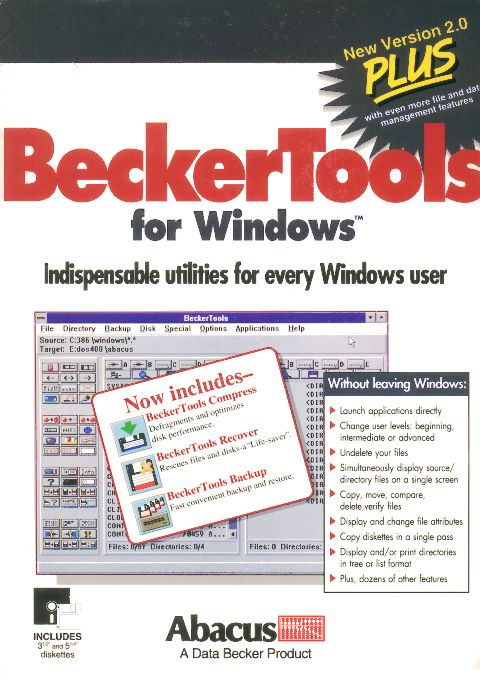 It competed against Norton Utilities and PC-Tools, however at the time those products were still primarily DOS based. BeckerTools also competed against various alternate file manager programs for Windows.

Version 2.0 Plus for Windows includes an advanced file manager, a disk editor, a disk checking tool, a backup utility, a disk defragmenter, and a screen saver. 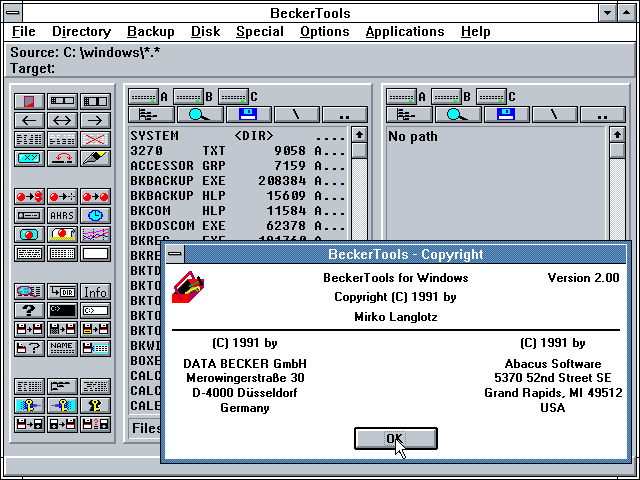 Its file manager was hailed as a vast improvement over the Windows 3.0 File Manager. Although it appeared visually cluttered and not very friendly, it added many features that people felt were missing from Windows File Manager such as undelete, copying floppy disks in a single pass to make multiple copies, perform selective backups, compress files, find duplicates, built in file editors, and much more. 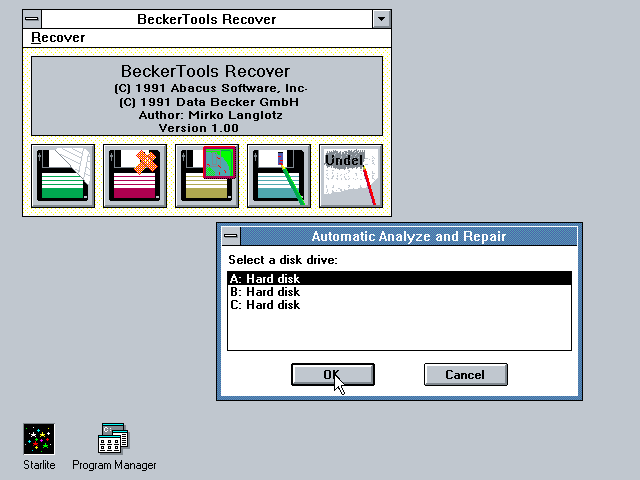 BeckerTools includes a disk checker with an undelete option, that runs from within Windows. That seemed to be the main selling point of this product, that it is fully Windows based.

The included backup tool seems to be fairly well featured. 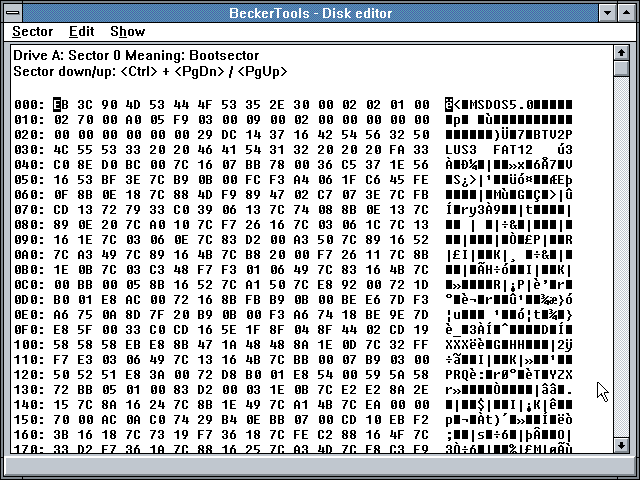 It features a disk editor that lets you directly change sectors from within Windows. Although editing your hard disk is not something you should really do while Windows is running. 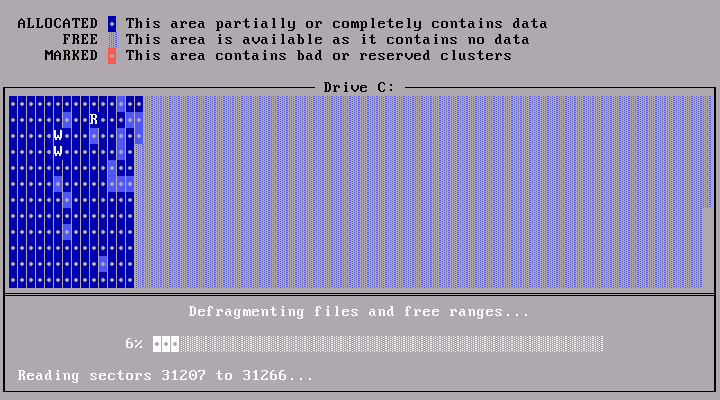 It includes a disk defragmenter, that appears to be a DOS program, but is launched from within Windows. 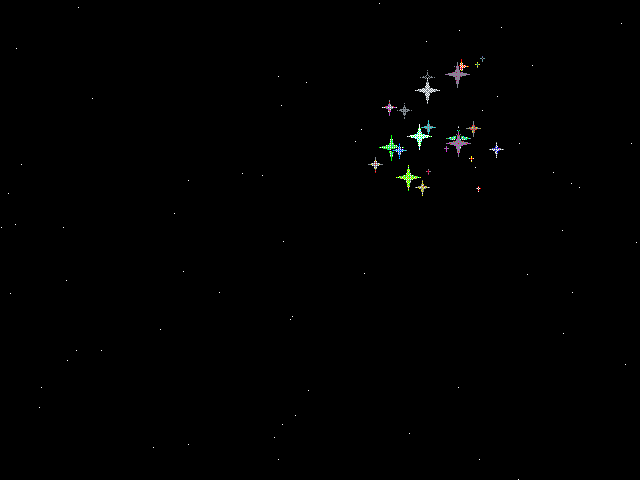 It also includes a simplistic little screen saver called Starlite. The Starlite application simply runs as a minimized application icon until it detects time has passed with no activity.

While testing it, I happened to notice that this set of programs runs in Windows 3.0 "real" mode (have not tried it on an actual 8088). Very few Windows 3.0 native programs are compatible with real mode. This suggests the software may have been at least internally developed for Windows 2.x. However the earliest references I can find say it requires Windows 3.0.

Research shows there was at least one earlier version of BeckerTools (1.0?) as well as a later BeckerTools 3.0 and BeckerTools 4.0.

While it competed against Norton Utilities and PC-Tools, I think most advanced users would have seen the Windows requirement as undesirable. This requirement means BeckerTools can not be run from a boot floppy - something that can be required when a PC won't load an OS at all. Launching Microsoft Windows will cause many writes to a hard drive, which is not really desirable when trying to recover deleted data.

So in conclusion, this seems like a nice, friendly, set of disk utilities and would appeal to common home users. It provided an easy way to do a quick disk check without exiting to DOS.