I started using the diskcopy in DR DOS a long while ago to make floppy images as (unlike the MS version) it can write an image to a file. I then zipped up the file using PKZIP or ZIP and converted the .IMA to .IMZ (poor man's Winimage running on DR DOS).
More recently I've used the same method and the same images to load into various emulators (Qemu, 86Box, PCem...)

Somebody noticed these IMA files where larger than they should be (good catch!) and when I tried to convert one to IMGDSK format using BIN2IMG it failed due to the oversize file. It turns out that DISCOPY adds some extra code to the end of the image file, presumably to identify itself when writing an image back. Here's what it lookes like on a 720k floppy image where the file should end at B3FFFH. 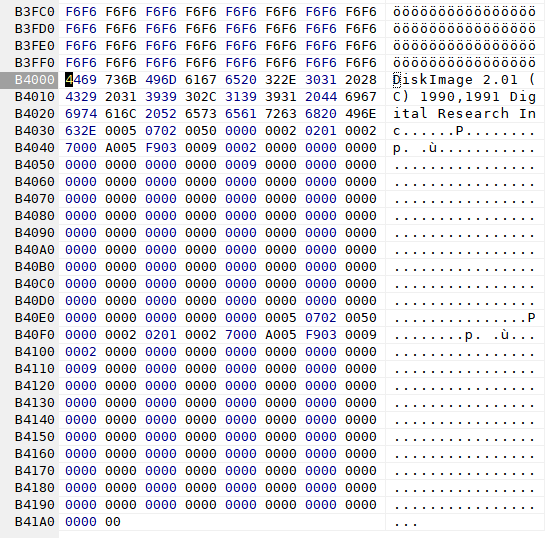 I removed them using a binary editor (I used PSpad) and now they convert to IMGDSK format, and I can view them with IMDV... It would be interesting to know if there's any other reason for the Diskcopy footer.