Lotus Jazz was a heavily marketed all-in-one integrated office suite that included a word processor, spreadsheet, graphing, database, and communications program. Jazz was targeted as a universal solution for all office workers. Although at release, the program was exclusively for the Apple Macintosh 512k. Despite the marketing effort, it flopped miserably. Even though it was from Lotus, the spreadsheet was not related to Lotus 1-2-3.

I remember hearing a lot about Lotus Jazz back in the day. I never understood what it was supposed to be, what the point of it was, or why anyone would want it. Like most people, what I understood was that it WAS NOT Lotus 1-2-3, and what everyone wanted was: Lotus 1-2-3.

Why didn't Lotus just port 1-2-3 to the Macintosh like everyone wanted? My best guess is that with the differences and limitations of the 1985 Macs, anything they ported would not live up to the name. 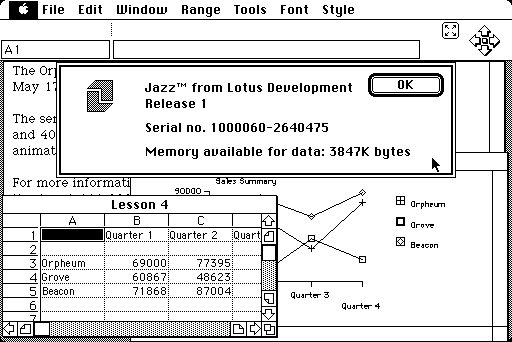 Jazz came across as something vastly different and foreign. It doesn't even appear compatible with Lotus 1-2-3 or Symphony at all. The Apple Macintosh was already vastly incompatible with IBM PCs, as they were completely unable to exchange floppy disks or file formats. I think Lotus 1-2-3 users considering switching from PC to Mac would have preferred something that at least claimed to be familiar to welcome them on the strange new Mac.

It sounds like Lotus was trying to "reinvent" spreadsheets, and getting caught up in the integrated office suite hype.

Why go to all the trouble instead of porting or creating just a new spreadsheet program? 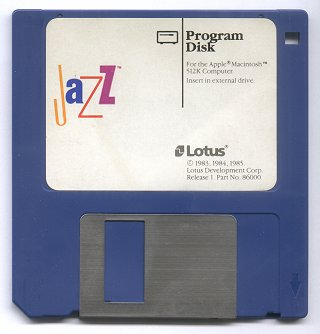 I finally obtained an original copy of Lotus Jazz, but it has the same problem I had with Excel: https://forum.winworldpc.com/discussion/11589/copy-protected-excel-1-00-now-what I have no way to run it, as existing emulators don't like the copy protection. Writing it back as-is to a floppy may or may not work due to signal degradation and incompatibilities with Apple's VBR GCR.

The protection SEEMS to be an intentionally bad sector, but the disk was in such bad condition it is hard to tell for sure.

Fortunately, I did stumble across what appears to be an unprotected copy, so we can try it out. 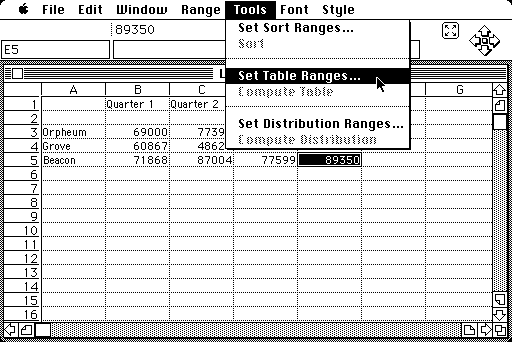 So why did Jazz flop so hard? There were a number of reasons.

First, as I mentioned it was copy protected. Having the master disk fail was a significant risk. When it was released, the only Macintosh supported was the Mac 512k. It sounds like it may have run on the Mac Plus, but it was reported that the copy protection made it incompatible with the Macintosh II.

The Apple Macintosh 512k was woefully underpowered for this kind of application. A single drive system required lots of disk swapping just to run the program. The Macintosh users with hard drives still had to constantly feed it the master disk due to the copy protection.

Jazz was considered overpriced. Home users were not going to pay the same exorbitant amounts that corporate users would, especially with all the drawbacks.

The software was rather buggy. Not sure how buggy, but this seemed to be a common complaint.

Reportedly, Microsoft had an underhanded exclusive deal with Apple to provide them with their Multiplan spreadsheet. It is not clear how much of a hindrance this was, but it would have prevented Apple from providing assistance or support.

Finally, it just WASN'T Lotus 1-2-3. I'm still not sure how compatible it is, if at all, but most 1-2-3 users with complex spreadsheets needed the assurance that any different software was fully compatible. The Macintosh's own incompatibilities certainly did not help.

There was one update to Lotus Jazz (version "1A"). It fixed some bugs, but was still copy protected. It did change the protection so hard drive users did not constantly need to insert the master disk.

An update to Jazz code named "Modern Jazz" was canceled, and a piss-poor adaptation of Lotus 1-2-3 was released instead.

One very significant thing that came from all of this - the Jazz product motivated Microsoft to purchase Mouseworks, a similar all-in-one integrated office suite, that became Microsoft Works.