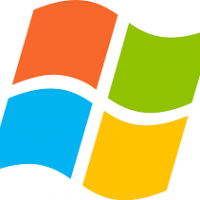 Hello,
I have been browsing through my old hard drives, and i have found this build of windows 98. It's installer was like Windows 95, but instead of 95, it only said Windows. When it booted, it had a blue and black checkerboard wallpaper (the checkerboard was a placeholder?). There was an empty image file on the desktop named msnialog. When i opened up system properties, the little monitor was showing the same checkerboard wallpaper that was on the desktop. It didn't have the "Hardware profiles" and the "Performance tab. The clock was missing from the taskbar. I launched MS-DOS mode and it printed out "Microsoft(R) Windows
(C)Copyright Microsoft Corp 1981-1996". I have also found an old build of 98 that has a very early final installer (still doesn't mention 98, but only Windows? weird) that looks like this.
Here are the screenshots: https://imgur.com/a/oy2p84u