SomeGuy
July 2020 in Software Spotlights
This is a delightfully primitive, yet commercial program. It is a good example of very early IBM PC software - tools written by individuals or small groups that performed only a piece of a function.

At the time, most word processors just sent ASCII text to printers, with control codes to change fonts or styles. This meant that you were stuck using whatever fonts and formatting were built in to the printer. When using graphics printing, obviously there is no limit to what you can print.

These days, we take font processing for granted, as part of a word processor or operating system. But even many later DOS word processors, and early Windows programs often relied on ROM fonts installed in printers or separately "downloaded" in to the printer's RAM.

Type Faces falls in to a category of "document processor" programs. That is a standalone program that interprets documents created by a word processor to generate a fully formatted printout or on-screen preview.

It advertises itself as useful for presentation, signs, banners and such. But unlike "cookie cutter" products like The Print Shop or other card/sign generators, it takes input from word processor documents and gives you full control over formatting.

Specifically, its print processor recognizes a set of customized formatting "dot codes" used with word processors like WordStar. You can write your document using these codes, and then print from this tool. The manual also describes writing short documents with EDLIN. Word processors that store files in binary document formats will have to be converted first. Type Faces does not support all word processor features, such as multiple columns.

Type Faces comes on two 160k floppy disks, and the manual mentions DOS 1.0. The software comes in a professional looking slipcover box with 3-ring binder similar to IBM products. It requires at least 64k and two floppy drives, or it can be copied to a hard disk.

I don't see any version number on this software, but some illustrations suggest it may have first been released in 1982. This copy was released in 1983, and an update page discusses differences using DOS 2.0. 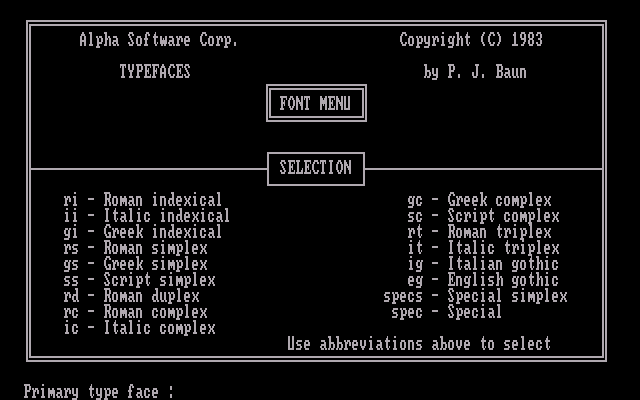 Font files take up most of the space on the first disk, illustrating how much of a burden graphical fonts were for early computers. Another burden is speed. Processing graphics takes time, and graphics increase the amount of data sent to the printer. 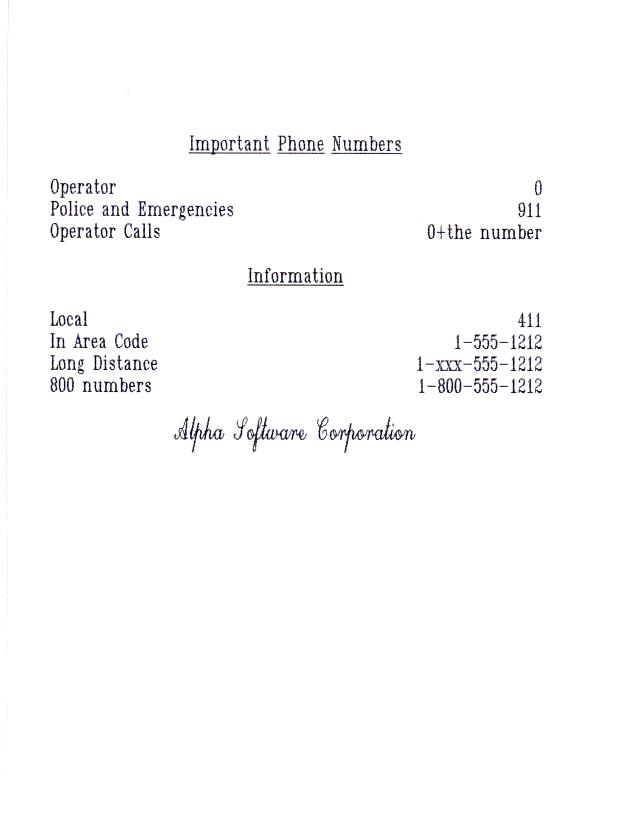 Interestingly, Type Faces includes an audio cassette tutorial that walks a user through printing a demonstration file. However, this tape assumes the user already made the disks bootable or made work disks. Requiring to user to read the manual and performing such a complex step first, kind of defeats the purpose of such an easy to use walk through. Perhaps an earlier revision was shipped with DOS boot files?

One magazine article suggests there was also an Apple II version. This is the sort of software one might expect on an Apple II or other 8-bit computer. But this is where much of the early IBM PC software came from.

So, Type Faces is kind of a kludgy utility, but it was something that enhanced document fonts when few word processors did this.