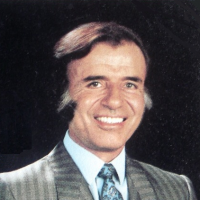 CarlosAM
October 21 in Offers & Requests
Back in the mid-90s I bought my first PC. It was a machine armed with an M571 motherboard from PCChips (233MHz processor and 32MB in two 16MB SIM memories). Everything came pre-installed with Windows 95, so although I have a copy of the operating system, its installer and all the files (thanks to the old ZIPDrive), I never had the original Windows 95 CD that can currently be obtained in copies.

Among them was "Ancient Ivory" from "LatticeWork Software". As it was a Shareware version, it had a certain limitation when saving the results, but it worked and it works !!!! perfectly still today.

It is a dice game of the type Yahtzee. It is not a spectacular thing, but it serves to entertain yourself for a while, competing against others and even against the "Computer Player". It has interesting MIDI Baroque music and nice graphics for the time.

I repeat, it is not a great game, but for me it has a certain nostalgic air for being from my early days of managing PCs.

As they were my first experiences in computing, once my system was ruined, something quite normal to put so much hand and reinstall Windows about 14 times !!!!, my poor mother went to a business and bought me a cup with dice! !!! :-) :-) :-)

It is not that one was so ANIMAL, it happens that that motherboard had certain problems with the drivers that after having an Internet connection I could get and thus solve a lot of problems that limited me in the handling of that PC.

Both Shareware. I do not have a FULL version I clarify.