SomeGuy
November 2020 in Software Spotlights
It's ~1992 and you just spent a pile of money on a brand new "Multimedia" computer with the latest sound card, video graphics, and CD-ROM. You turn it on, and you are greeted by the famous Microsoft Windows "Tada" sound. But outside of a few DOS games, it sits there quietly. What did you just spend all this extra money for? Dammit, you want MORE!

WIRED FOR SOUND TO THE RESCUE! 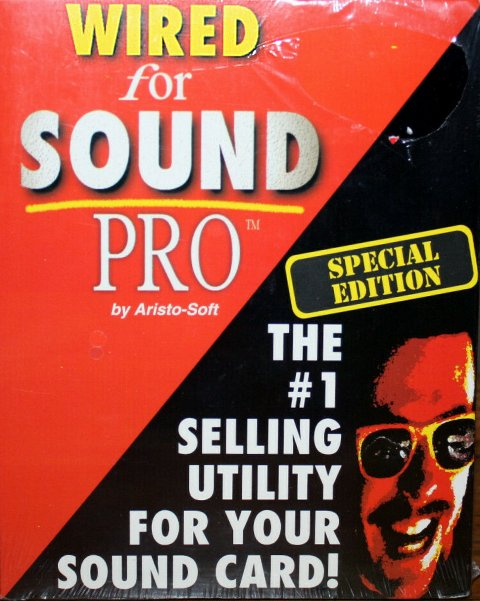 Wired for Sound is a hilariously obnoxious program who's entire purpose is to do SOMETHING with brand new "multimedia" PCs or sound cards.

During the early days of multimedia, people were grasping at any way to show off new sound cards, CD-ROMs and video capability. 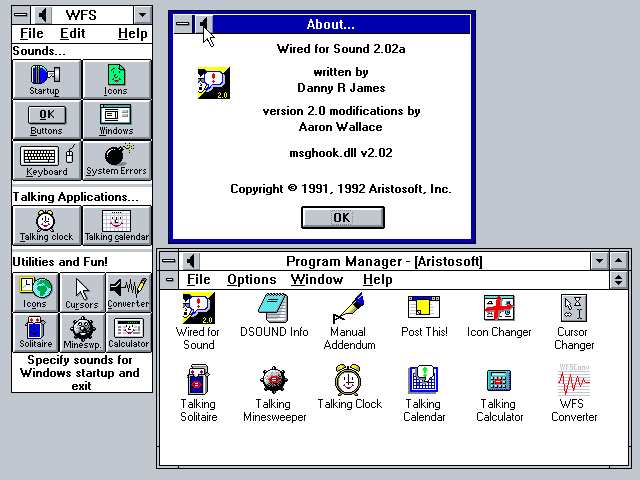 Wired for Sound runs under Windows 3.x and features a number of utilities that will speak numbers or dates as you use it. It is not speech synthesis. Instead it strings sound patches together, and you can select alternate voice patch libraries. 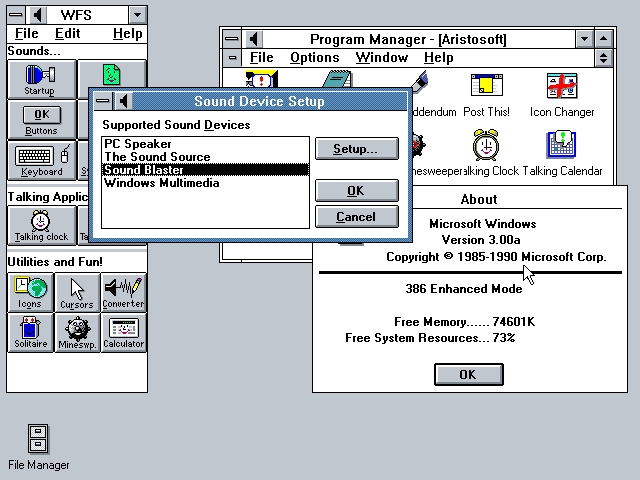 An interesting feature of version 2.0 is that it supports Microsoft Windows 3.0, even without the "Multimedia Extensions." Wired for Sound 2.0 bundles its own sound driver that supports PC Speaker, Disney Sound Source parallel port sound, and Sound Blaster. Its sound tool hooks Windows events, so you can assign sounds to almost any action such as icon clicks. 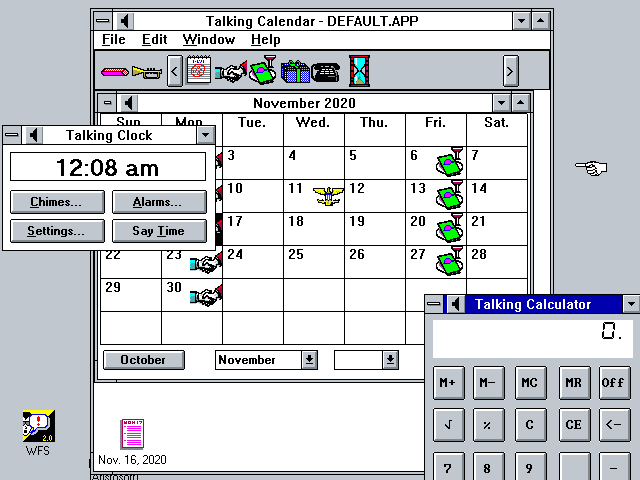 Wired for sound includes a talking calendar, a talking clock, several talking games, and tools to change icons and cursors.

The Pro version also include a "Talking Graveyard" (sort of a Recycle Bin with sound effects), a Talking Monitor, a "Job Saver", an Intruder Alert, and a sound editor. 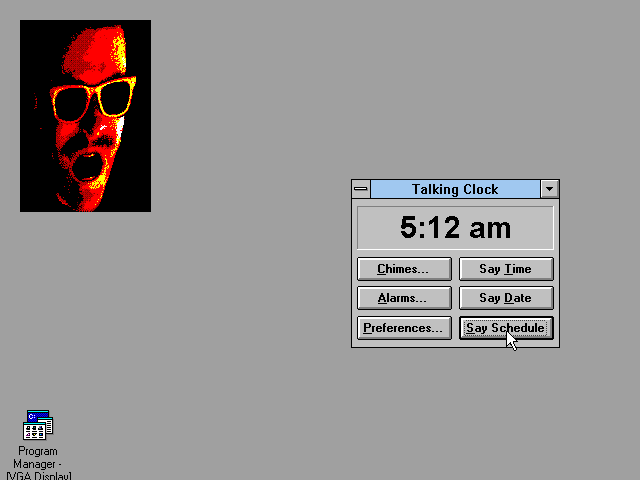 Wired for Sound was available in both Standard, Pro, and Limited editions, as well as editions that bundled different sound themes. Winworld has a few of these versions now, but it would be good to add more. 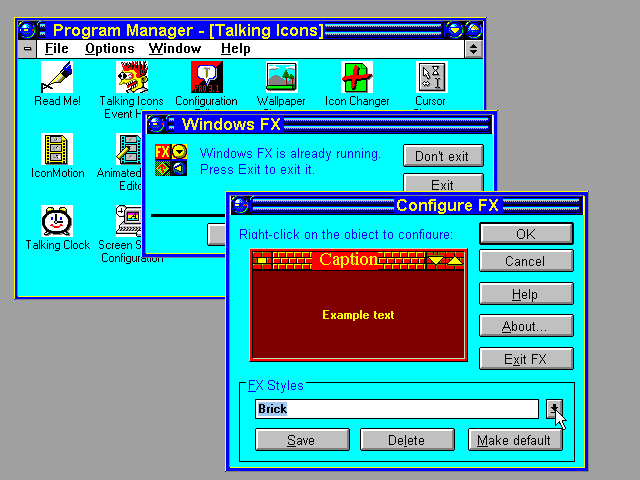 Wired for Sound is similar to Aristosoft's "talking icons" product. I'm not quite sure if Talking Icons replaced Wired for Sound Pro, or if they were sold at the same time.

Talking Icons also includes a visual theming program for Windows 3.1. With all this stuff, you could customize the heck out how Windows 3.1 looks and sounds. Not necessarily for the better.

Another similar, and more popular program, was Icon Hear-It from Moon Valley Software. This is another program that can assign sounds to many different Windows events. https://winworldpc.com/product/icon-hear-it/10

I believe there were a few other similar silly noise making products. "Wicked Sounds for Windows" ~1992 from Abacus Software currently on eBay right now. It looks to be a similar style of product.

Microsoft Windows 95 added a number of built in sound events in addition to the typical start-up, shutdown, ding, and error events. The Windows 95 Plus pack includes a number of different desktop themes that include different sets of sounds. Other OSes, such as IBM OS/2 also got a "multimedia" treatment, adding many desktop sound effects.

So, if this sort of thing were still popular, you would have offices and Zoom meetings full of computers and cell phones making constant "beeeeep", "bwooop", "blopblopblopp", "bzaaa", "I'll be back!", "Where's the beef?", "Kirk to Enterprise!", type sounds. 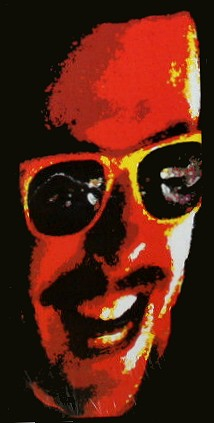 "Your schedule is clear today."