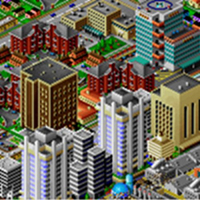 Yes, this build was leaked after 2 years from first preview (or hype if you want to call it like that) in BetaArchive at 2018-09-20, it's firstly leaked over BetaWiki's (i know, that's conflicting information can do for ya) Discord server on 2020-12-18.

I want to offer this to Winworld to be put into the Library so this beta is more well-known.

Pertinent information about this build:
https://betawiki.net/wiki/Windows_NT_3.1_build_196.1

EDIT: Also, I know there's some discussions about this build of NT before I arrived here, but I'm gonna post this anyway for visibility purposes.

YET ANOTHER EDIT: Keep in mind that this offer isn't at its original form, Cirrubec just repackaged this into a ISO image that's usable in emulators/machines. The original file by ReflectiaX can be seen here (mirror): https://archive.org/details/windows-nt-3.1-pdk-1.196-sept.-1991