SomeGuy
May 2021 in Software Spotlights
QNX is a small and fast Unix-like real time operating system that was originally designed specifically for the IBM PC.

Released in 1983, QNX 1.2 supports multitasking, with the ability for programs to send messages between each other, and is multi-user. Applications are written using its included C compiler. 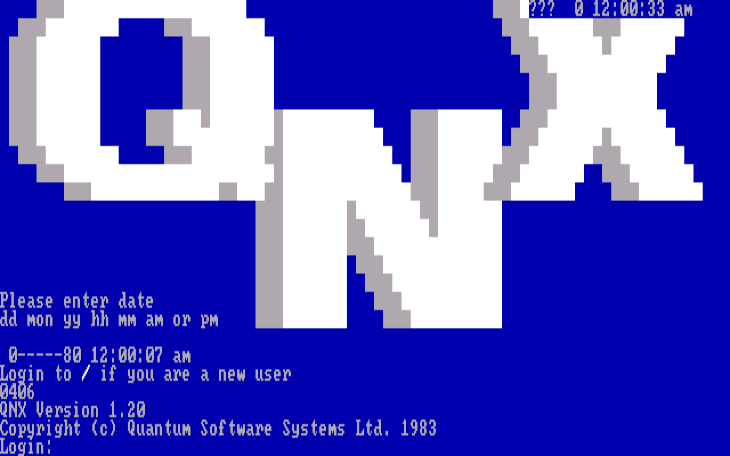 So far, 1.2 is the earliest version so far to be unearthed. This version has some peculiarities.

First of all, version 1.2 is copy protected. The boot disk has a sim-numbered sector on the very last track. This is trivial for current tools like ImageDisk to duplicate. A simple patch that removes this protection has been created.

Oddly, although it can be used with a hard disk, it can not boot from a hard disk. It seems this is primarily due to the required use of copy protection. It is possible that some of the supported controllers may themselves have not been self-bootable. For example, early Devong controllers used boot disks to support PC DOS 1.0 and 1.1, and may have supported the original IBM PC BIOS that did not recognize BIOS extensions.

QNX may have some kind of speed issues, as it did not seem to want to run on faster machines. I had to take my 12mhz 286 off of turbo to get it to boot. 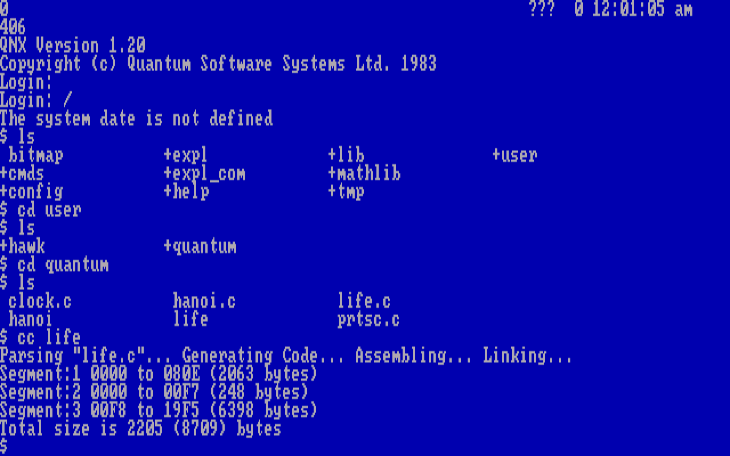 Oddly, it does not seem to like PCE very much. When I try to run it, I see an error "undefined operation [FE a0]", and it never seems to start.

One magazine review compared this version of QNX with Apple Lisa, Smalltalk, and Visi On. I don't feel that was quite an accurate comparison, although QNX did eventually gain a GUI. The core OS seems much more powerful. Version 1.2 has no GUI, but supposedly programs developed for it could use "windowing" features. From what I have read, it seems these early versions appealed to big companies writing scientific applications that might have otherwise used a larger multitasking minicomputer. 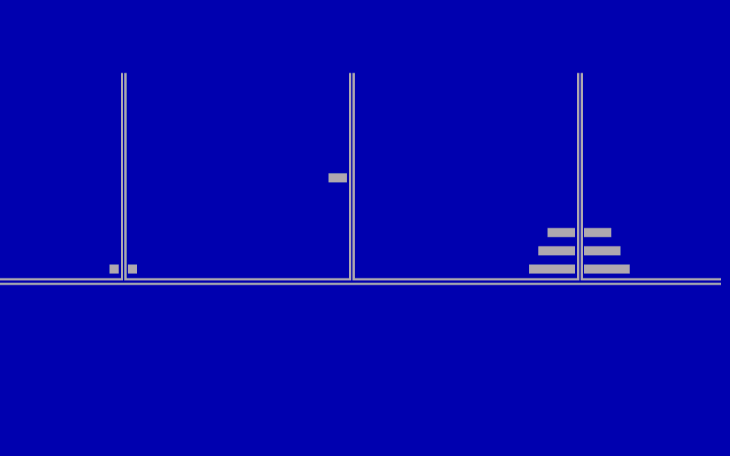 Although it has multi-user capabilities, it was geared towards more advanced uses than business database applications. 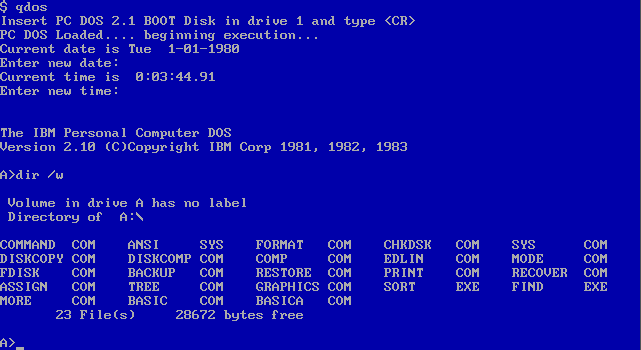 An interesting feature, it also has the ability to run IBM PC DOS from within QNX.

For me, probably the most interesting part is that it, and an included "QNX 1.14" support disk, contain some details about very early hard disk systems. Apparently QNX 1.x supported the Eagle 1600's SASI hard drive, and The Columbia Data Products MPC 1600's early proprietary hard drive controller. It supports the Davong hard disk controller, which was notable for its PC DOS 1.x support. (I wonder, does QNX implement low-leveling of these devices?)

The source Kryoflux/SCP dumps have various issues, but the images have been decoded OK using the PCE tools, and seem to be complete. The qnx12_dosfsys_ image had some bad sectors, but were in unused areas. Also, the qnx12_dosfsys_ disk seems to be an extra copy that differs from the original.

There is more information about this dump and the challenges getting it to boot from a hard drive here: https://virtuallyfun.com/wordpress/2020/

You can try it for yourself via a PCjs emulator here: https://hawk.ro/qnx12_pcjs/

PS, I have been incredibly busy lately, so I have not had much time for processing new downloads or adding spotlights.