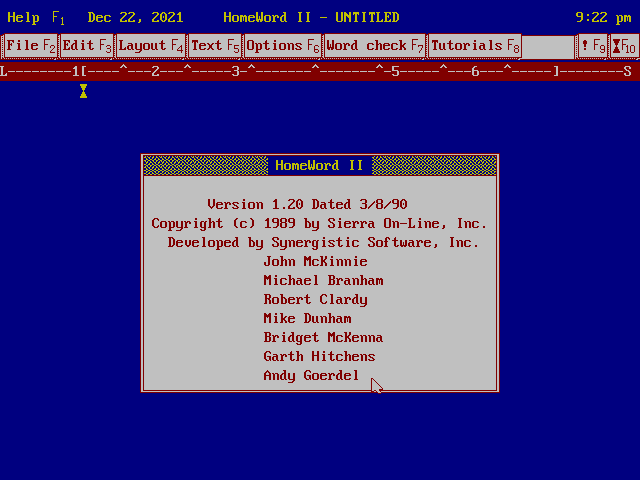 HomeWord, from Seierra On-Line, is a friendly simplified word processor targeted at home users. It was originally released for the Apple II and ported to the IBM PC, C64, and Atari. It competed with other simplified home-oriented word processors such as BankStreet Writer. It was followed up by HomeWord Plus and HomeWord II