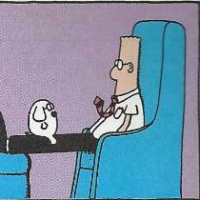 robobox
September 24 in Software
Apparently someone managed to locate a early build of Windows 3.0 from August 1989 and has dumped it.

I haven't had the time to check it out myself, but BetaWiki has some more information on it.

Notably, it doesn't include Program Manager despite looking a lot more like the final version than build 1.14, and doesn't seem to have a proper installer (?), although SETUP.INF still exists (and has a reference to PROGMAN.EXE, meaning it existed but was excluded from this build)