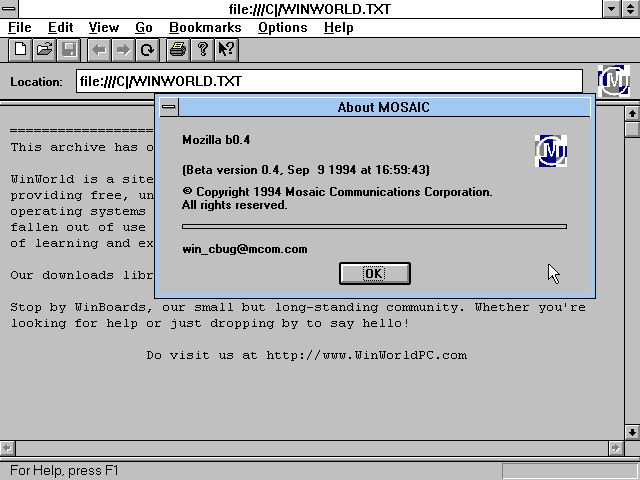 Netscape Navigator/Communicator was the first commercial web browser, displacing the free NCSA Mosaic. 1.0 was first released in December 1994, and initially offered advanced features such as progressively rendering pages as they loaded. It quickly gained many other features and capabilities and became the most popular web browser in the mid 1990s. One reason for its popularity, it was licensed freely for personal and non-profit use, although companies were expected to pay for a license. It later competed with Microsoft Internet Explorer, Opera, and Safari, and eventually was open sourced in to the Mozilla browser.