SomeGuy
November 19 edited November 19 in Software Spotlights
T/Maker is an integrated word processor, spreadsheet, and database. It is historically significant as it was among the first "integrated" office program for personal computers. The "T" in the name stands for "table", suggesting the database was its primary focus. 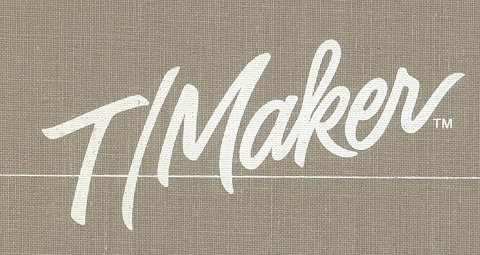 What makes that so important? During the early 1980s, "integrated" office suites were a huge deal. 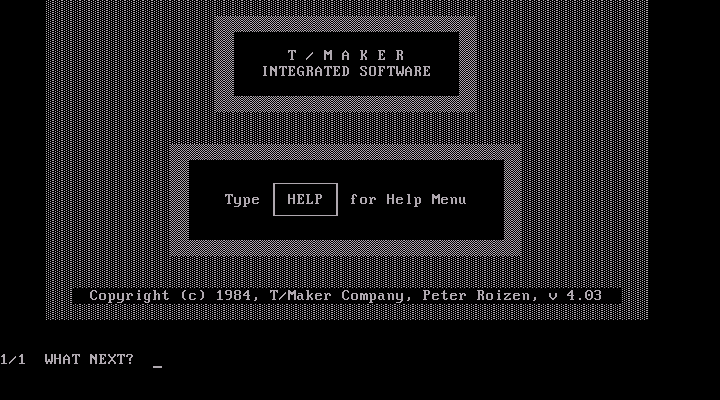 the funny thing is that everyone's favorite software, Microsoft Office, is not technically an integrated office suite - it is a collection of distinct separate programs. Microsoft worked around the "integration" issues by waiting until computers were more powerful and introducing Object Linking and Embedding (OLE), that lets completely different programs embed one another and access each others functionality.

Microsoft did have a truly integrated office suite with Microsoft Works:
https://forum.winworldpc.com/discussion/11093/software-spotlight-microsoft-works 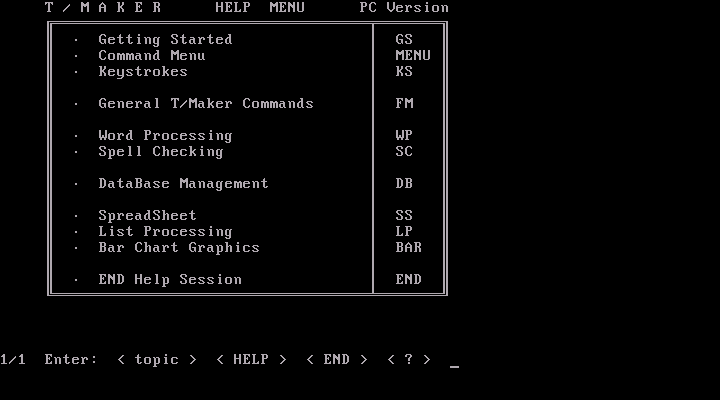 T/Maker is a very early program that originated in the 8-bit CP/M world. It looks like the first version was released by Peter Roizen in 1979. Early reviews praised its ability to create large tables under CP/M, and focused on database uses such as financial analysis.

Version 4.03 was a port to DOS and released in 1985, and even by mid 1980's standard most would have considered it rather clunky - using a command interface rather than fully menu driven.

It is probably easier to think of it as a programming product or an automation tool for very advanced users. But when it came out, having all that functionality packed in a 64k or less Z80 system would have been a worthy trade off. 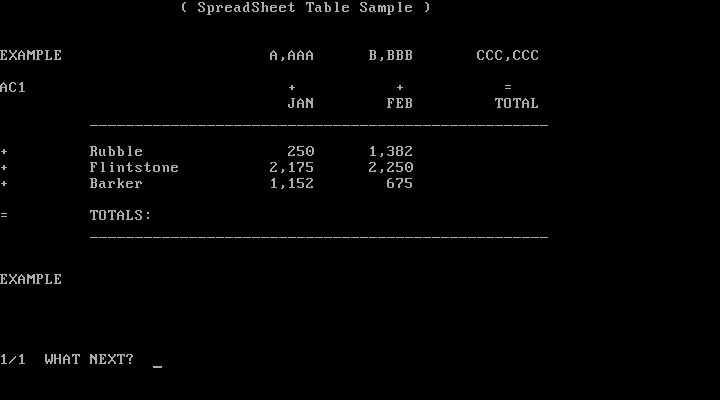 In addition to CP/M and MS-DOS, there was also a version for TRS-80 TRSDOS. One review also mentioned a Japanese port, making it one of the earlier Japanese database products as well.

Initially, the T/Maker product was marketed through third party companies such as Lifeboat Associates. Later the author formed a company also called T/Maker, that produced other products such as ClickArt, Personal Publisher, SmartBundle, Vroombooks, and WriteNow.

I happened to notice in the Wikipedia article https://en.wikipedia.org/wiki/T/Maker about T/Maker, it mentions "T/Maker was acquired in 1994 by Deluxe Corporation.".... vomit barf barf. This is the same Deluxe Corporation that runs a particular shitstain of a web hosting company called Deluxe Hosting.

I'm not sure that T/Maker 4.03 was the absolute last version, but there seems to be little about the product after that.