SomeGuy
November 2015 edited November 2015 in Software Spotlights
Released in 1983, VisiFile is a flat file data base management system. This version is for the IBM PC, and there was also an earlier version for the Apple II. 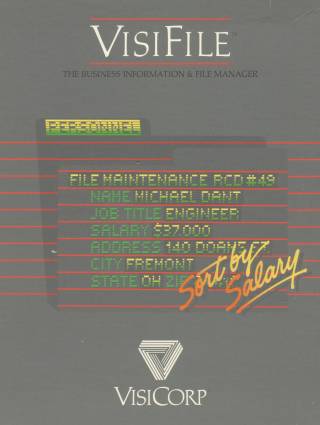 There were a number of early desktop database products, but VisiFile is among those that pushed the storage limits of early PCs.

The IBM PC version requires 128K of RAM, two floppy drives or one and a hard drive, and IBM PC-DOS 1.1 or later.

The most interesting thing perhaps is its hard drive support. VisiFile supports an IBM PC with a Corvus external hard drive, Davong hard drive, or an IBM XT. 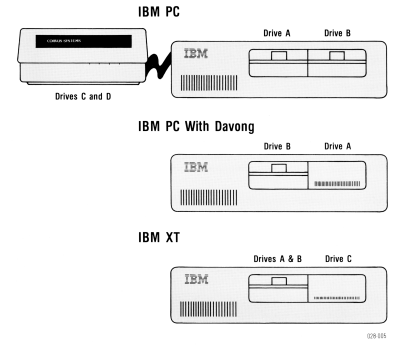 The Davong hard drive, and possibly the Corvus, can reportedly operate under a customized version of IBM PC-DOS 1.1 (MS-DOS 1.25). In this mode, the hard drive looks like one or more large floppy drives, and subdirectories are not supported. Remember that as shipped, IBM PC-DOS 1.1 did not support hard drives at all!

The VisiFile manual indicates that this software will work on these hard drives in this configuration.

I am also aware of an early IBM PC clone, the Eagle 1600, that operated its internal SASI (early SCSI) hard drive in a similar manner using MS-DOS 1.25. However the VisiFile manual makes no mention of this machine.

The external Corvus drives are interesting because these were also used on Apple IIs. I recall once seeing one in a similar database setup running the Apple II StoneWare DB Master 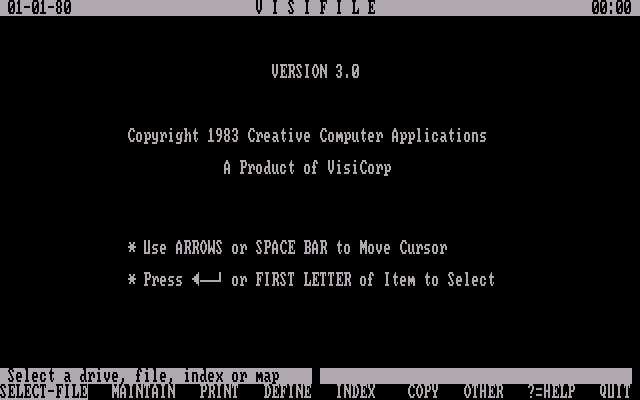 As far as operation, it is mostly what you might expect from a desktop database program. Customizable entry forms, customizable reports, and the ability to add, edit, and search records. 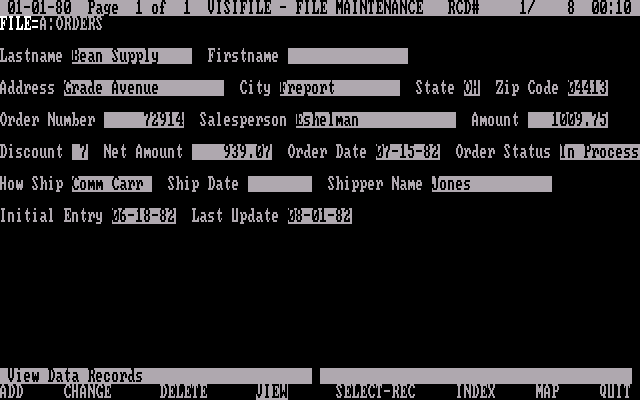 However, its implementation leaves a little to be desired. It is written in BASIC! The disks linked to above are set up for IBM PC-DOS 2.0 and includes IBM Disk Basic. This requires that you run it on a machine with IBM ROM BASIC. An emulator such as PCE that can accept genuine IBM 5150 (PC), 5160 (XT), or 5170 (AT) ROMS should work.

Replacing BASIC.COM with Microsoft BASIC-86 or GW-BASIC may or may not work.

Analysis of the disks shows they include some form of copy protection, but I was able to run the application from a hard drive using sector image copies. 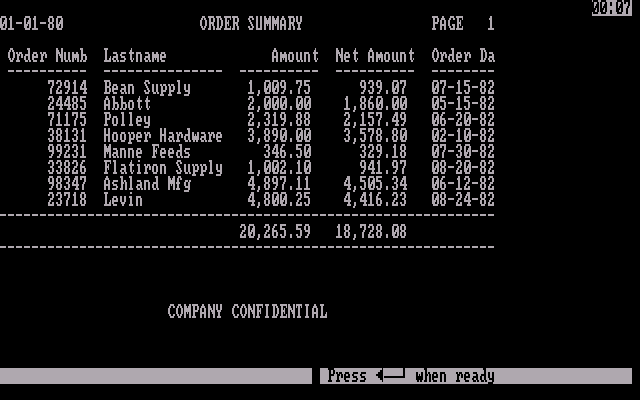 So in conclusion, enter that data and print it out!