It is just way too easy to mis-type those as Boring Calc and Boring Graph. 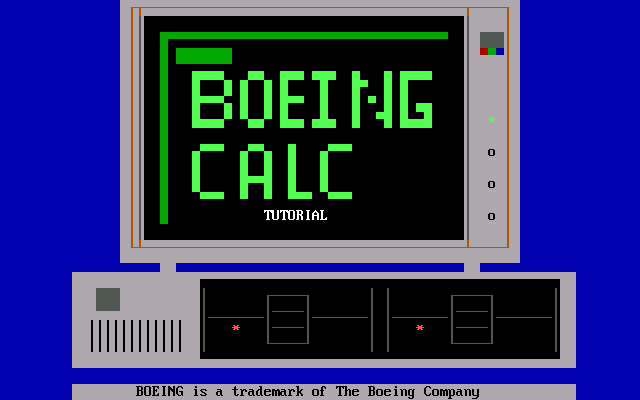 Boeing Calc was a spreadsheet package notable for introducing the concept of 3D spreadsheets. Often Boeing Graph was sold alongside Boeing Calc.

Boeing Calc had originally been developed as an in-house accounting tool, but was launched as a commercial product in April 1985 for IBM 4300 mainframes running IBM MVS and IBM PC microcomputers running MS-DOS.

Version 3 for the PC requires an IBM PC compatible with 384K ram or more, hard drive, and DOS 2.1 or later. 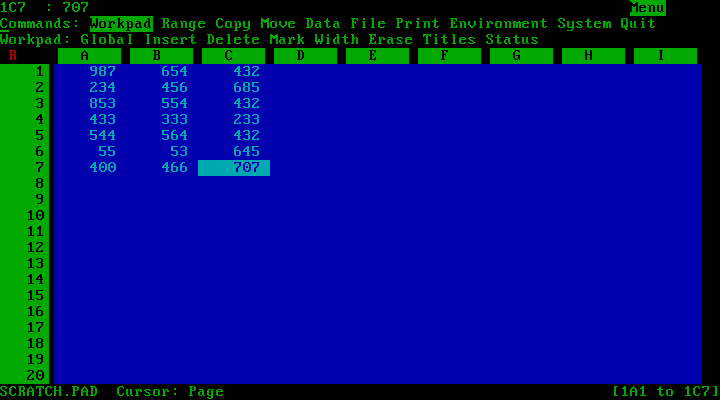 Although it was criticized for poor performance, it had advantages such as virtual memory, very large spreadsheet sizes, and improved macro capabilities.

Unlike competing spreadsheets, such as Lotus 1-2-3 and Quattro, Boeing Calc did not have any built-in graphing ability. As such, it was often sold with the companion product "Boeing Graph". 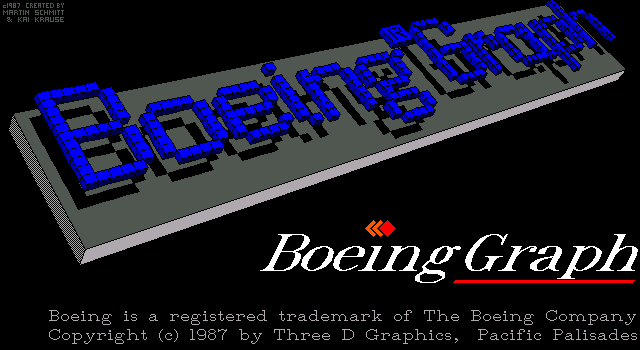 Boeing Graph, is a graphing program for the IBM PC that specializes in producing high quality 3D plotted graphs.

The core of Boeing Graph was based on a product called "Perspective" by Three-D Graphics. Boeing Graph added color EGA, and dropped CGA/Hercules support used by Perspective.

In Boeing Graph, you enter and manage your information with the Data Manager. Data Manager is similar to a multidimensional spreadsheet and can import data from Boeing Calc and Lotus 1-2-3. 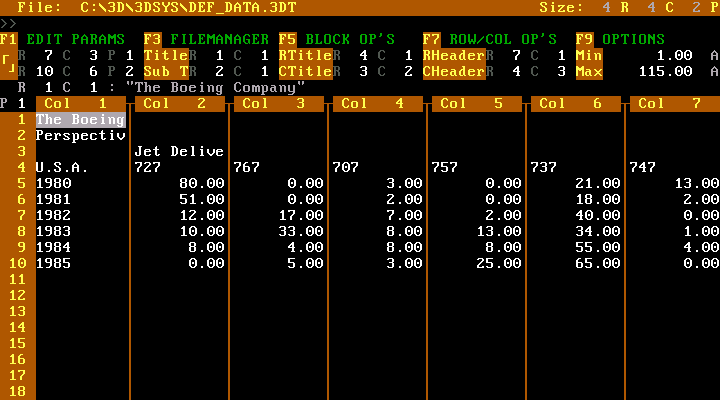 Boeing Graph can create 2D or 3D graphs. You can view 3D graphs using an adjustable viewing angle. Graphs can use various colors and textures. Its 3D graphs are mostly for business presentation graphics, but they may also be used for general 3D plotting. Boeing Graph supports arithmetic, data summary, mathematical, and trigonometric functions.

Supposedly, Boeing Graph can work with very large data sets. It is not directly limited by the amount of system RAM as it use uses a form of virtual memory.

It is not terribly easy to use. It shows an on-screen function key menu at top, bottom, or side of the screen. But that only shows half of the function keys, so you must remember what the other half do. It also does not support the use of a mouse.

Boeing Graph 2.0 can print high-quality graphs to dot-matrix, inkjet, and laser printers. However 2.0 was criticized for not supporting plotters, film recorders, or slide makers where its graphics quality really would have shined. Supposedly such support was added in Boeing Graph 4.0. 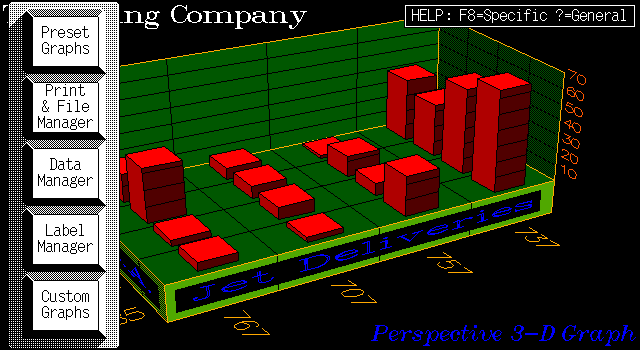 However, toward the end of 1987 Boeing announced it wanted out of the microcomputer software industry.

The March 1988 PC World lists advertisements for Boeing Calc 4.0 and Boeing Graph 4.0 (they skipped Boeing Graph 3.0 to match the Boeing Calc version number), apparently still under the Garrison Software name. But they disappeared soon after.

Reportedly the Boeing Graph code was used by Fox Software to produce "Foxgraph", a graphing tool used with FoxPro.