SomeGuy
April 2016 edited April 2016 in Software Spotlights
Introduced in 1982, Multiplan was Microsoft's initial entry in to the microcomputer spreadsheet market. Feature-wise Multiplan 1.0 was comparable to VisiCalc, the leader at the time, and Sorcim SuperCalc. 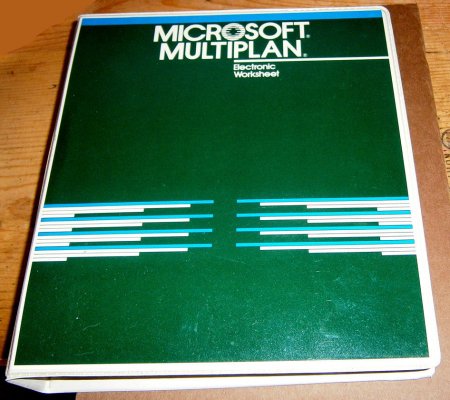 Initially, Multiplan was made available for CP/M and then MS-DOS systems. It was ported to numerous other platforms including Apple II, Macintosh, XENIX, Commodore 64, CTOS, TI-99/4A, and the TRS-80.

Initially Multiplan competed against VisiCalc and later Lotus 1-2-3. Other spreadsheets of the time included Sorcim SuperCalc and Micropro CalcStar. 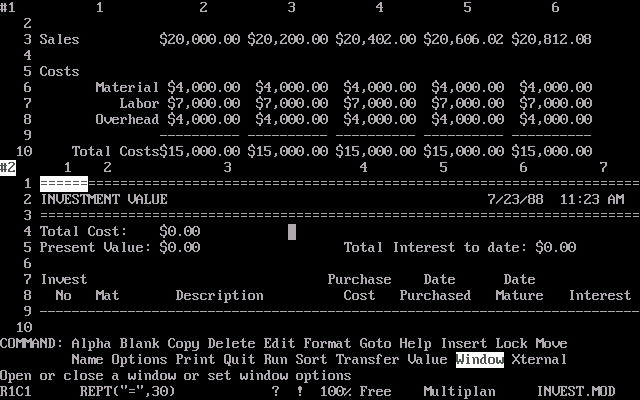 Feature-wise it was on par with VisiCalc, but it offered some enhancements such as naming cells for use in formulas, and the ability to display 8 spreadsheet windows on the screen at once.

The MS-DOS version (at least 1.06) supports IBM PC, Zenith Z-100, TI Professional Computer, and Compaq. The Z-100 and TIPC are notable because they are not IBM PC hardware compatible, and use distinctly different video hardware. Multiplan also supports a number of dumb terminals - mostly a holdover from CP/M, but this support could be put to use in multi-user environments or on more exotic PC-incompatibles.

Multiplan does not include graphing or charting abilities. This functionality is instead provided by a companion product, Microsoft Chart. 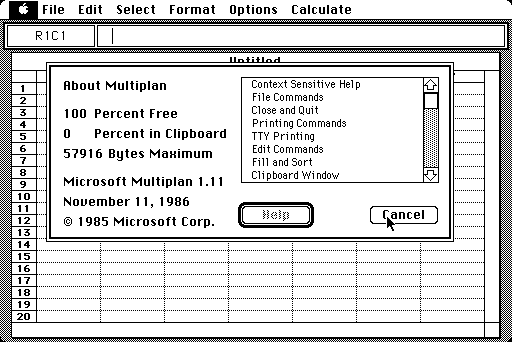 The Macintosh version is vastly different as it features a native GUI that conforms to Apple's interface standards.

On the Macintosh platform, there were a number of minor 1.x revisions but there were no 2.x or later versions. Here, Multiplan was replaced with Microsoft Excel 1.0, which was initially a Mac-only product. The PC did not get Excel until 2.0.

Meanwhile, Multiplan 2.x for DOS retains the same text-based user interface. And apparently has few major differences from 1.x other than an increase in the maximum spreadsheet size and increase in calculation performance.

Multiplan 4 adds support for character mode OS/2 1.x. It provides a single executable that contains binary code for both MS-DOS and OS/2.

While Multiplan was never as popular as the industry leaders VisiCalc, or Lotus 1-2-3, it was bundled with some computers, resold by a number of OEMs, and its portable design lead to availability on a variety of systems. It seemed that by the late 80s, there were not that many Multiplan users, but it continued to fill the spreadsheet position in Microsoft's DOS lineup until Windows and Excel became popular.