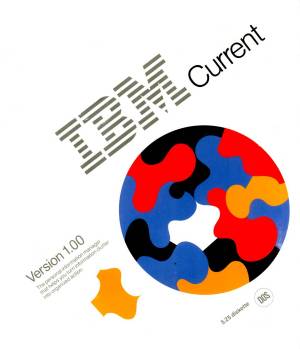 It is notable for being one of the first products acquired and marketed by IBM's then-new desktop software division, and as one of the first Personal Information Managers for Microsoft windows. 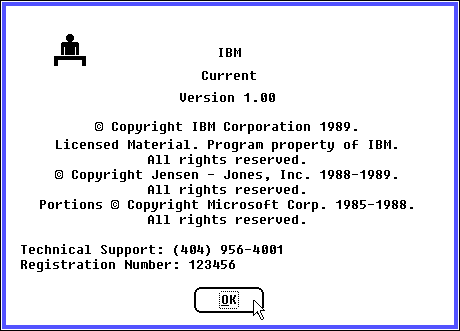 IBM Current 1.00 is designed for Microsoft Windows 2.x, and ships with a Windows 2.11 runtime. This version is not 100% compatible with Windows 3.0 or later, as it displays a warning that Windows 3.0 should run in Real Mode.

IBM Current 1.10, released a year or so later may not have had this warning, but appears to have still been a Windows 2 application and reportedly still bundles a Windows 2 runtime.

IBM Current is highly customizable. It is really a database with a set of pre-defined table-like "categories". Each "category" has its own set of fields, and a pre-defined user interface view or a customizable form view. Field types include calculated fields, date fields, an "Excel Cell", and even images. It also supports a form of relationships between tables called "connections". 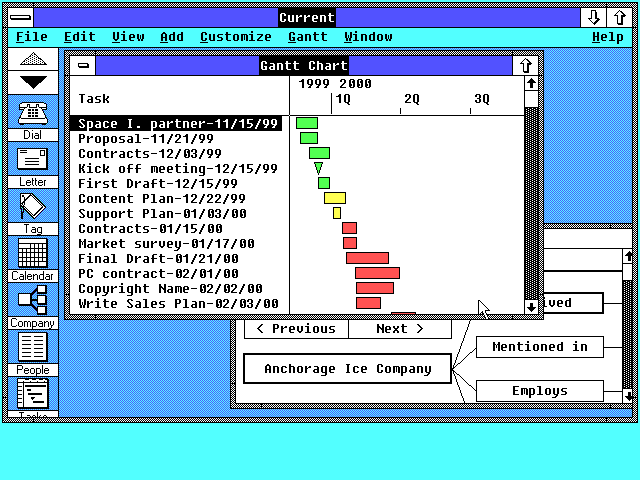 Notably it can also generate Gantt charts, a feature usually only found in project management programs. 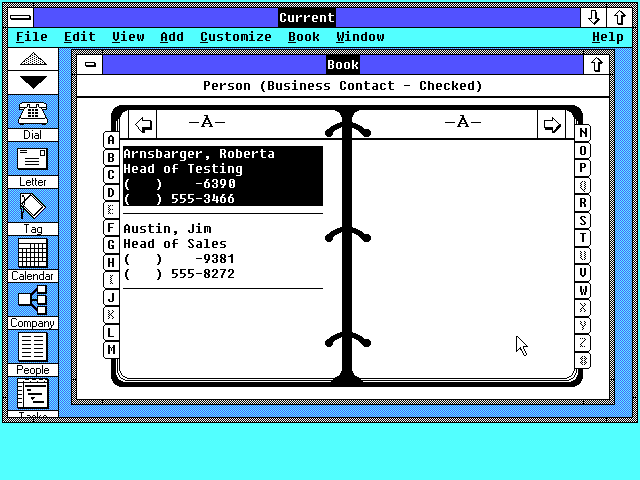 By default, it comes with a generic Address Book for names and numbers, and a calendar for dates and appointments with day, week, and month views. By making use of "connections", it can relate items in each of these different categories. 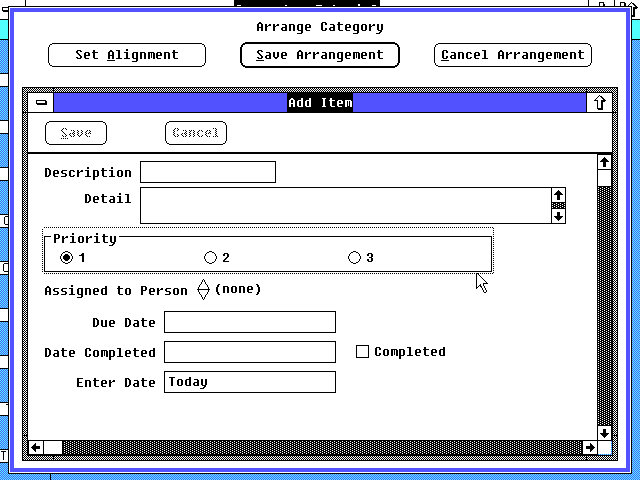 Not only are the "categories" customizable, but it features a built in form editor that lets you build custom data entry form layouts. This makes it easy for you to customize Current to your type of business or tastes.

It can also be used as a rudimentary text editor for writing quick letters or such based on your data, and supports autodialing phone numbers.

IBM Current 1.00 was criticized for not supporting Microsoft's Dynamic Data Exchange (DDE), however this may have been added in later versions. 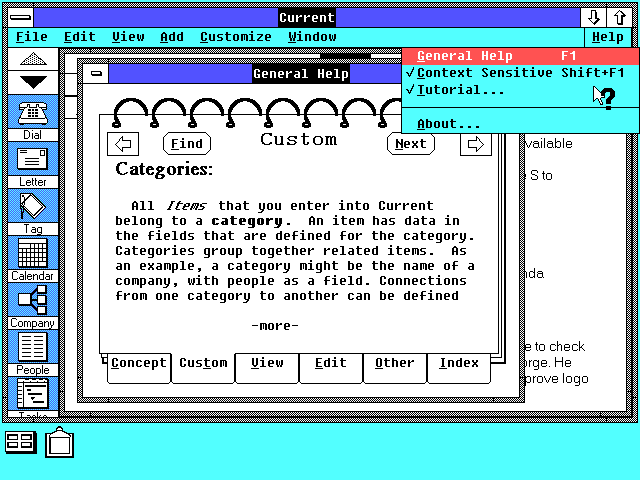 Another notable feature is its built-in help. It has a help system with a tab-based layout - an interface style that IBM seemed to enjoy. It also has a context-sensitive help option for menu items, and even a help cursor that is similar to context help in Windows 95 dialogs.

Around 1991, IBM released "IBM Current-Officevision", a personal information manager for use with their mainframe products. While there is not much information about this, it is reportedly related.

IBM Current was originally created by and acquired from a firm named Jensen-Jones. They were lated known as Commence Corporation.

In 1992, Jensen-Jones acquired the rights back from IBM - as IBM's desktop software division was being dissolved. Jensen-Jones then released a revamped version for Windows 3.x under the new name "Commence 1.0". In 1993 this was followed up by "Commence 2.0".

Since this software was purchased by IBM from Jensen-Jones, it is not clear if there were any releases prior to Current 1.0.

So in summary, this is a nice little tool for Windows 2.