SomeGuy
June 2017 edited June 2017 in Software Spotlights
Well, I have added another disk set that uses laser hole copy protection. This time it is Ashton-Tate dBase III r1.0. This is the very first release and first edition of dBase III, not to be confused with dBase III Plus. 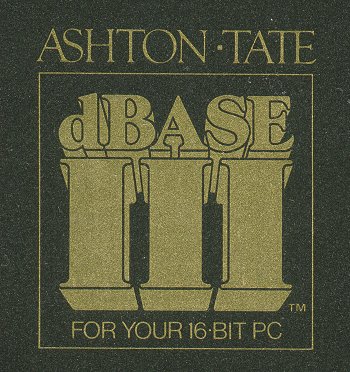 Not too surprisingly, this program runs excellently without modification using the modified DOSBox provided by NewRisingSun. See the Ashton Tate Framework Spotlight viewtopic.php?t=9291 for emulator downloads. 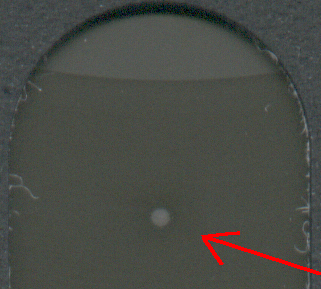 Here is a look at the laser "hole" on this one. Same thing as Framework 1.0. BTW, the "hole" does not go through the cookie, but rather only through the thin magnetic layer. The other side of the media seems to be fine. In theory other means could be used to make such a hole besides a laser. I just presume that is what they used since that is what everyone calls them.

This disk set was used. The master system disk appeared in good condition although some user files may have been created and deleted. Since it was used, I tried running the program from the master system disk on a real computer, and it did run. It runs on an 8088 machine but hung on a 286.

Annoyingly, the previous user had reformatted the backup disk and it was totally empty. However, this gave me a chance to experiment with the copy protection.

As I noted with the framework disks, the laser hole was over a different sector for the master and the backup disks. Each executable is tailored to look for the laser hole protection on a specific sector.

This means if you copy dBase III from the master to the hard drive, you can only use dBase with the master disk in the a: drive, not the backup disk.

Interestingly, it does not look any closer at the low level format. Using U-Format, I reformatted the backup's protected track, changing the sector ID order so that the "bad" area falls under the same sector ID number as on the master.

And surprisingly, the program ran! 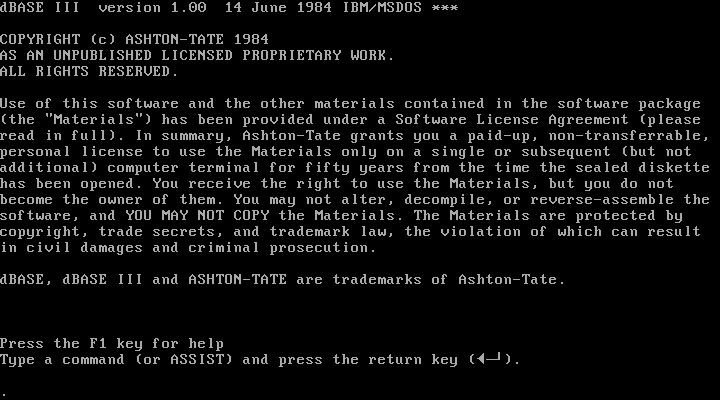 Since there wasn't anything on the backup disk, if anyone wants me to run any sort of write analysis on the disk, let me know and I'll try to take a look at it.

Unlike Framework 1.0, an unprotect exists for this version and seems to function.

According to the unprotect documentation there was also a "second edition" of dBase III r1.0 that only differed in updated copy protection code.

This addition of dBase III v1.0 includes a manual scan. But manual scans for dBase III Plus 1.1 and other versions are still very much wanted. 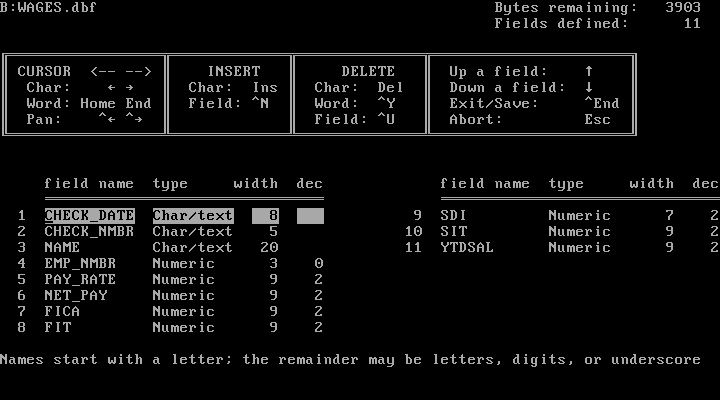 During the early 1980s, dBase was one of the most popular and powerful databases for microcomputers. dBase was first developed under the name "Vulcan" as a database for the Altair microcomputer, and the first commercial version was released under Ashton-Tate as "dBase II "

dBase II was available for a variety of 8-bit CP/M microcomputers, and was among the early products ported to the IBM PC. It spawned a number of database clones that could use the dBase database file format and application code.

dBase III added better support for the features of the IBM PC as well as copy protection. dBase III Plus 1.1 did away with the copy protection, and was probably the most popular version. 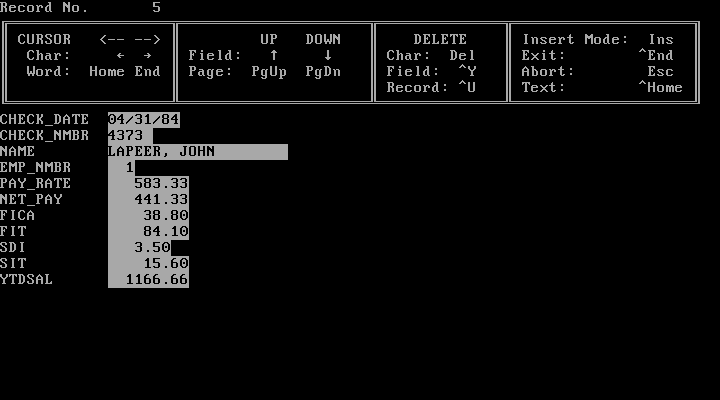 It is not clear if there were versions of dBase III for anything other than the IBM PC.

dBase IV was a major rewrite. This version was much slower, less stable, and very buggy. In part, this caused many dBase users to move to other database products.

Eventually a dBase product was introduced for Microsoft Windows and the product was brought under Borland. But by that time most had moved on to other database products.

So, in conclusion, another fine vintage product preserved.