SomeGuy
July 2017 edited July 2017 in Software Spotlights
These days you might be used to seeing autocomplete in Google search, or similar entry boxes. However, MindReader 2.0 was somewhat unique in that it implements autocomplete in a word processor. MindReader can recommend whole words, phrases, or entire paragraphs. It uses an "Artificial Intelligence" to learn the way you write, moving commonly used words to the top, and adding new words. 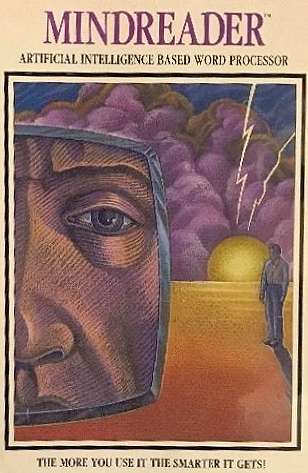 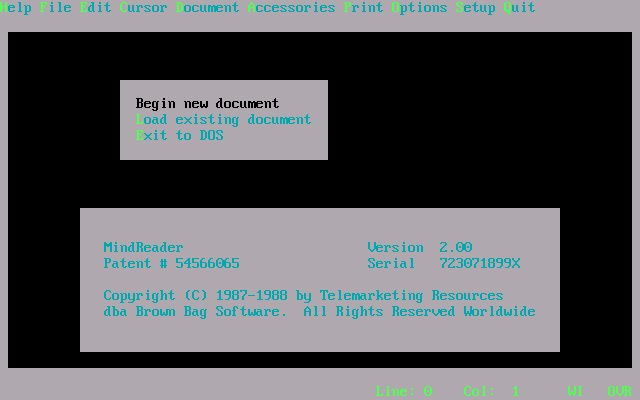 MindReader was originally written by Kalman Toth of BusinesSoft and later distributed by Brown Bag Software. A shareware version was also available. The one here appears to be a registered version. 2.0 was released in 1988.

It was advertised as an "Artificial Intelligence based word processor".

It is primarily intended for use by non-professionals who need to repeatedly write similar, but not identical, documents - yet not similar enough for templates. 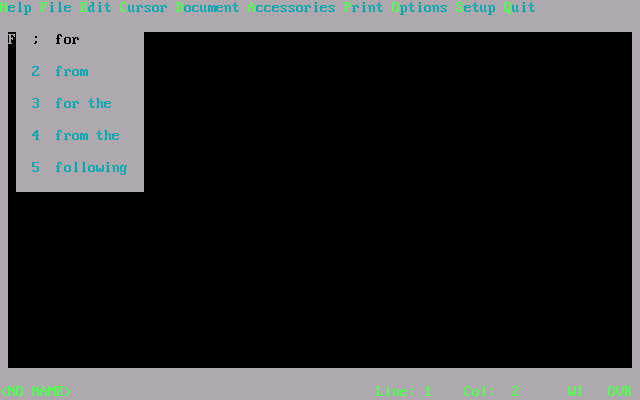 As you type, boxes will pop up letting you select a complete word or phrase. 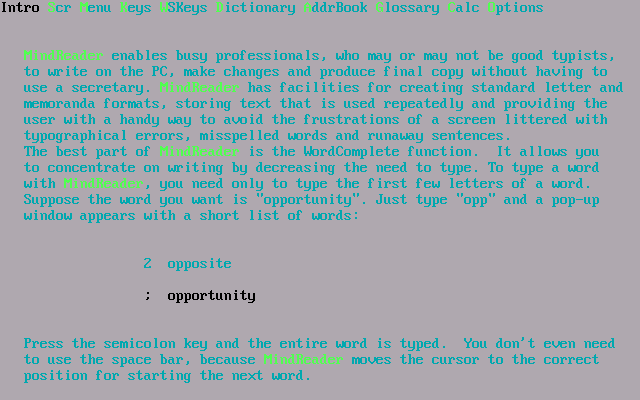 Reviews criticized it for its awful default color scheme, (which seems to behave differently in different environments), and over-use of sound effects. 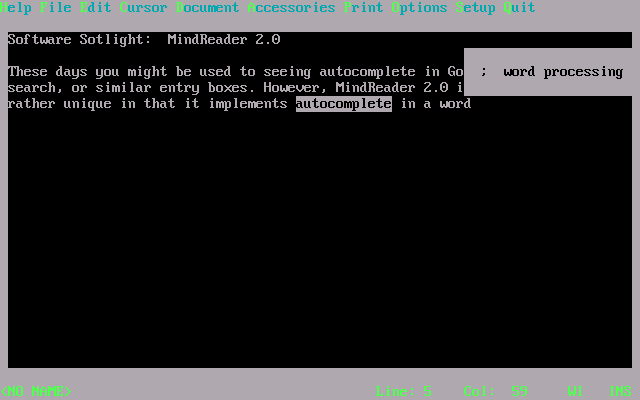 I tried it out for myself, and it really didn't seem that useful. Off hand, I didn't see any way to feed the "AI" existing documents other than pasting then in through a DOS window. The majority of its suggestions seemed irrelevant, and the auto complete does not really act as a spell checker. To get it to suggest entire phrases, I had to manually add them to the dictionary. 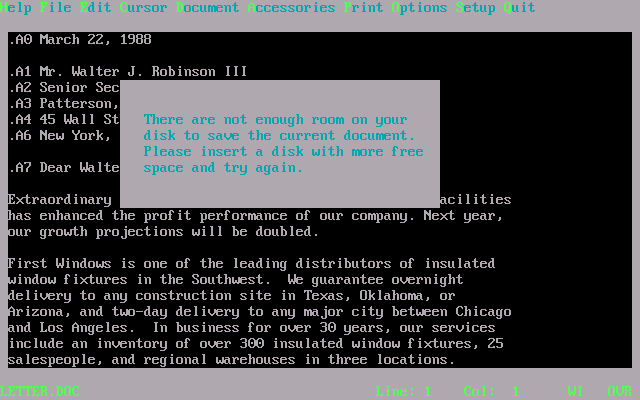 I also ran in to a bad bug. When saving a document it checks the amount of free space, and if that space is too much, it says there is no space and refuses to save.

From a business use standpoint, it seems like the inconstancy between suggestions would be an issue, especially if multiple users used the same copy. Some businesses could frown on pieces of their documents being automatically stored in a dictionary, although it looks like it sticks to individual words unless the user manually adds a phrase.

It is also not clear how large this database can grow. Being a DOS program, I assume the dictionary is limited by RAM and disk space.

By modern standards, this "AI" is virtually nothing. It doesn't even send your data back to Big Brother for advertising and law enforcement analysis. But if you give it enough time, perhaps the inevitable will happen... 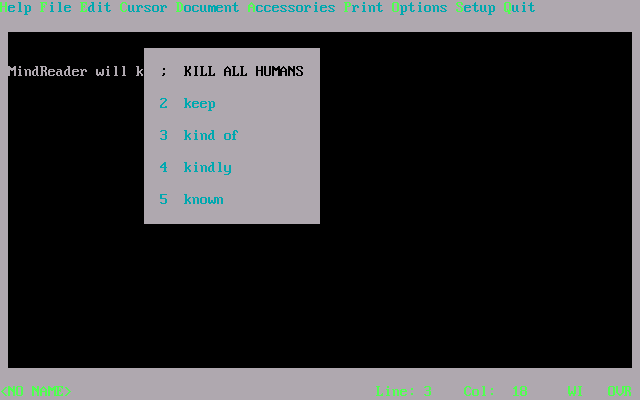