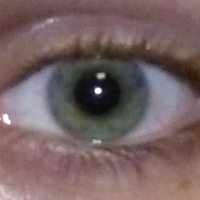 With the AOL Instant Messenger service closing on December 15th, I went looking to see what instant messaging service I could still use on Windows 95, and if I could somehow keep using the AOL messenger client (I like the look and feel of the old versions). I happened to come across a project on Planet Source Code, where someone created a basic AIM server in VB6. I tested it out and it works, except for a couple bugs. I've tinkered around with it a bit, but I'm not much of a programmer, so I couldn't get the bugs sorted out. If anyone could help me get this working, I'd appreciate it!

The specific bugs are:
1. Buddy lists are only updated once during sign-in. If S/N A signs in and S/N B is already signed in, S/N B won't see that S/N A has signed in, unless the client asks the server if S/N A is signed in (like when adding S/N A to S/N B's buddy list).
2. The first message in a new IM session sits in limbo until a second message is sent, then both messages go through. Then it works fine after that.

Here's a link to the source code: https://www.planet-source-code.com/vb/scripts/ShowCode.asp?txtCodeId=62118&lngWId=1

Someone also created a basic MSN Messenger server that works even better than this one, but MSN is a pain with all the different client/server versions. Plus as you can see from my avatar, I'm an AOL fan (don't shoot me!).