An early OCR software package for MS-DOS, released in 1989. 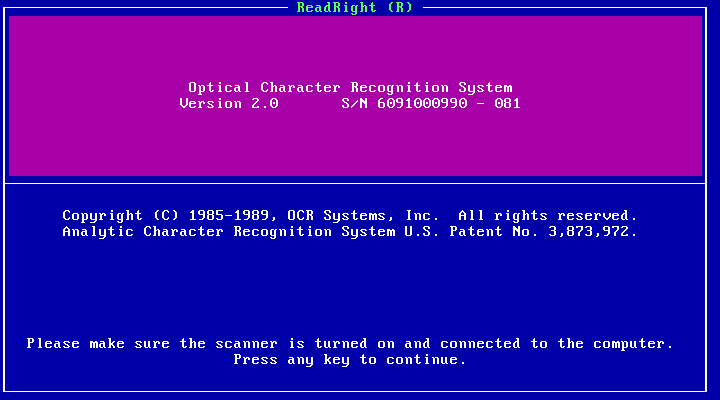