[OFFER] IBM VisualAge for BASIC for OS/2 and Windows 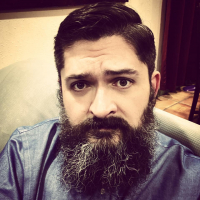 I have an ISO image available of IBM VisualAge for BASIC 1.0 for OS/2 and Windows. Would this be of interest? It is kind of IBM's cross-platform answer to Microsoft's Visual Basic, but also has some neat features like DB2 database support, and support for SOM and DSOM.