This evening a parcel was received for a cheap 17" MacBook Pro I picked up from eBay for only $120 AUD. Don't need it, but it appeared to be in good condition for its age only having one owner since new. It had a logic board and battery replacement at some point, and also included 2 power adapters, 2 remote controls, and the original DVDs.

The owner had trouble getting it going, often stuck on a plain blue screen on startup (might have actually been his desktop wallpaper). I was hoping there wasn't a serious hardware issue. I attempted using the original DVD with had a late version of Leopard but would come up saying that OS X cannot be installed, despite recognising the hard disk and being freshly formatted. I had a copy of OS X Lion lying around, so used that and it works! 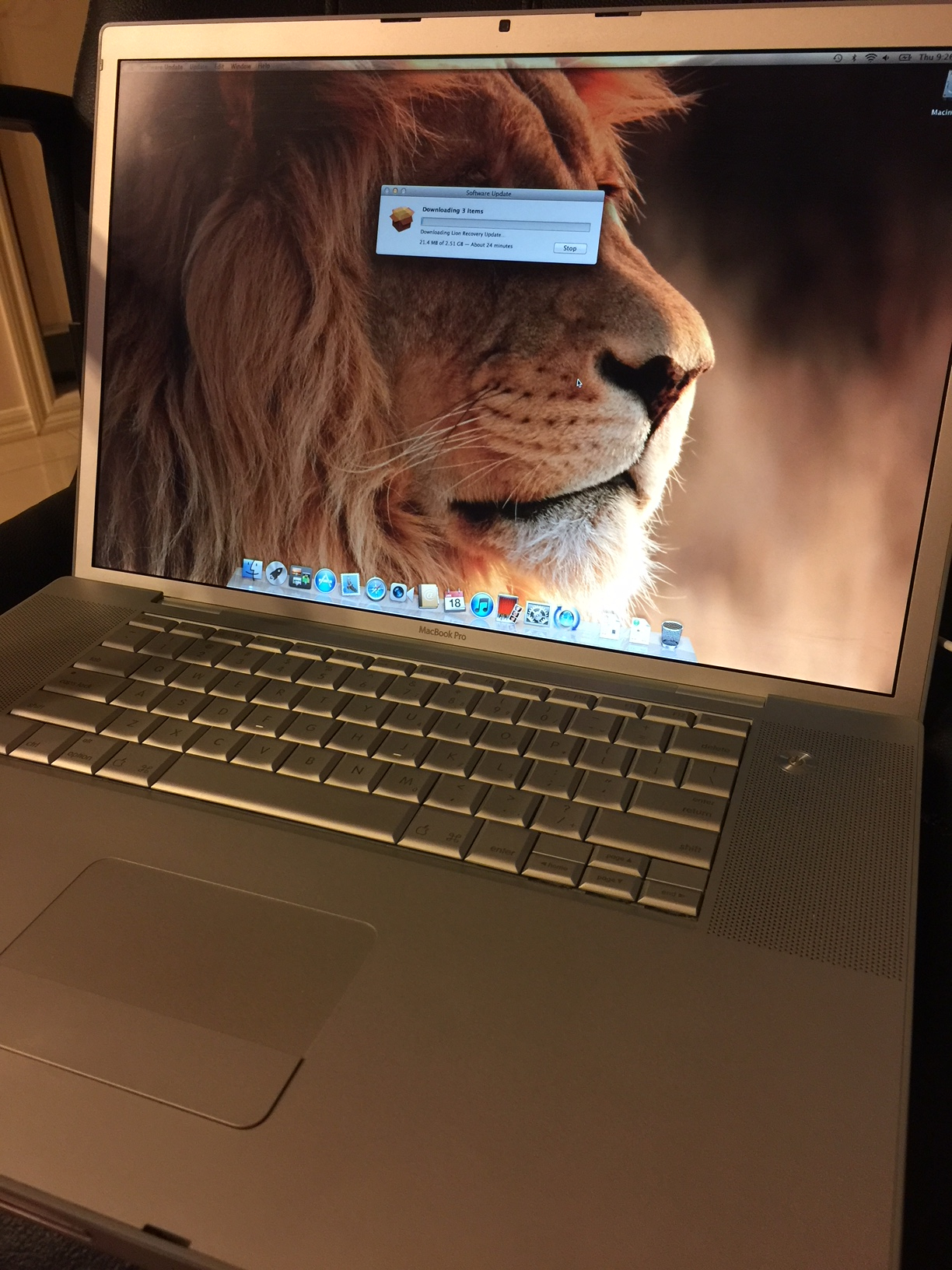