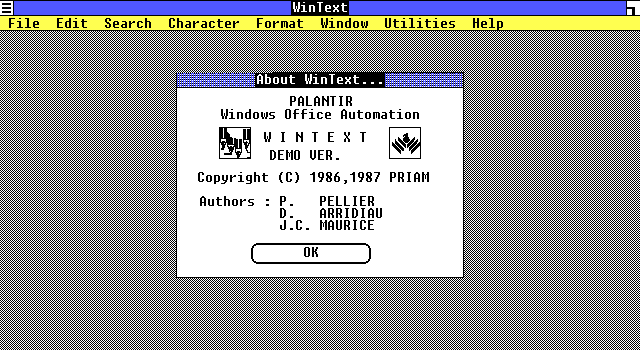 Since there turned out to be quite a bit of information about WinText, I decided to spotlight this demo version.

This is a demo disk, released 6/13/1988, that contains limited functional demonstration versions of the Palantir Wintext Word Processor and WinTime resource scheduling application. The demo version does not include the spell checker.

They do not display version numbers, but I see the string "1.5" in the executables. That sounds about right based on the release date. 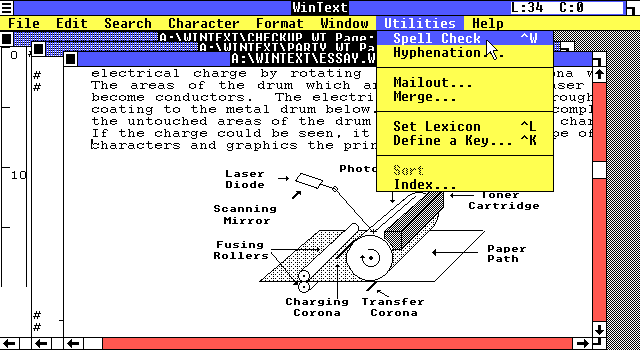 Like other standard Windows applications, it can share data between most other Windows programs via the Windows Clipboard, and supports all printers supported by Windows. 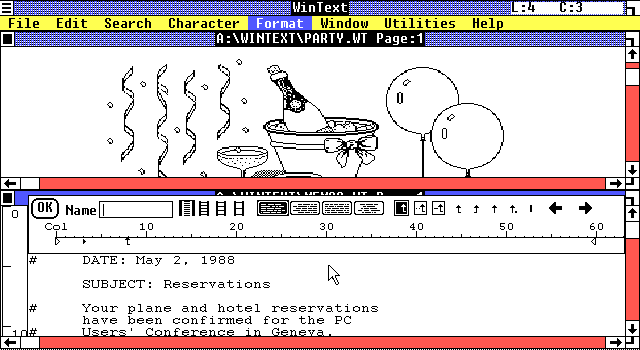 It was criticized for being slow compared to DOS programs due to the overhead of Microsoft Windows, as well as requiring a mouse for some operations rather than the keyboard. It was also priced rather high for functionally comparable word processors.

Palantir announced WinText along with a few other Windows applications in summer 1987. It is a little unclear exactly when they started shipping but it was among the earlier commercial Windows word processors, if not the first.

NBI Legend 1.0, arguably more of a desktop publisher than word processor, was released around that time (late 87 or early 88), and Samna Ami 1.0 shortly after. Microsoft Word 1.0 for Windows was not released until November 1989. 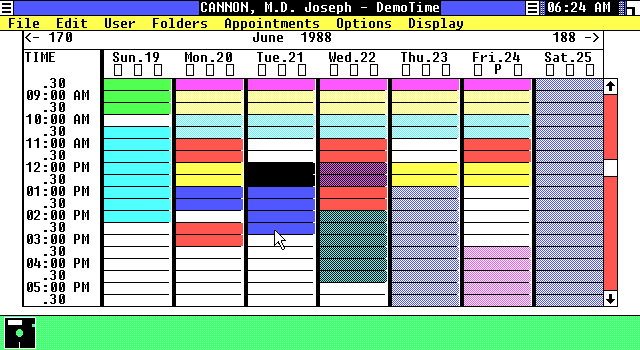 Palantir WinTime is a resource scheduling program for Microsoft Windows that can coordinate schedules across multiple individuals. A network aware version was available under the name NetTime. 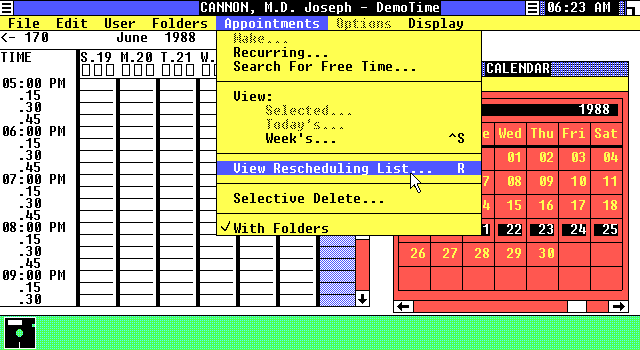 Without a manual, it is kind of hard to tell what is supposed to be special about this particular program compared to competing programs. To me, it seems a little clunky and confusing.

There seems to be little information published about WinTime, or other Palantir products.

It seems they placed their bets very early on the future of the Windows platform, possibly as a way to more easily port some of their existing Macintosh application. However, the impression I get is that they were not able to hold out long enough for Windows to become a true success. Even in to the Windows 3.x era, people often demanded responsive compact DOS applications over sluggish Windows programs, without the additional cost or requirement of Microsoft Windows, and without the uncertainty that some other environment might be the future.

If anyone has deep pockets, there are overpriced copies of Palantir WinText 2.0 and Palantir WinTime 2.0 on eBay:

In summary, these demos give a fairly functional feel of what the full versions would be like. They only omit the spell checker, limit number of appointment records, and disable printing.