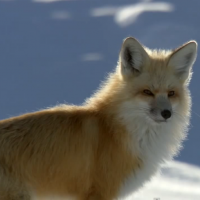 I already talked about this topic like a year ago, but now i just cant see what is happening.

It doesnt matter what nvidia card(Compatible with windows 98) i use in which computer(Tried with three completely different), or in which installation(Tried it with the spanish version, english version, tried both with auto patcher for windows 98 and the unnoficial sp3 update on different installations). I use the 66.something version of the drivers and it work for short time, and then it appears in dxdiag like an nvidia gpu but with 2 GB of vram(????), directx no longer works and no game detects 3D acceleration. If i install the last version (81.98) something similar happens but yesterday on another attempt it corrupted my whole system, when it boots i get LOT of errors of illegal operations and never boots to the desktop.

If i use a Voodoo card, AMD card, even the cheap ones(Like the S3 Trio) i can install the last drivers that their developers made, install them and no problem. But i cant do it with any nvidia card.

Am i doing something wrong installing windows 98? Maybe the problem is me trying to install Directx 9.0c? Or maybe i should install first the drivers and then use the updater?. I dont know what to do, i dont think this happens to everyone trying to use an old nvidia card for windows 98 and retro gaming.