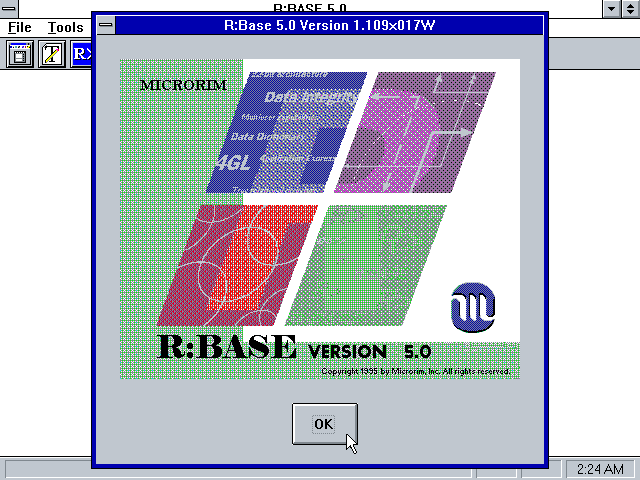 R:Base, from Microrim and first released in 1983, was a popular relational database that competed with Ashton Tate's dBASE product. R:Base was the first relational database for the IBM PC, also notable as earlier relational databases typically required more powerful hardware. R:Base also includes a form and report generator that is optimized for the capabilities of the IBM PC and features the ability to add or remove fields without losing data or relationships.