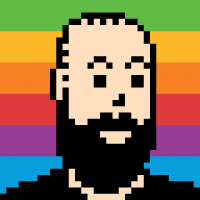 I have the first release of PowerPoint from after Microsoft's acquisition of Forethought.

As far as I know, it's exactly the same as 1.0, but all the Forethought logos and company information has been replaced by that of Microsoft.

I have Disk Copy 4.2 images of the floppy disks.

Would there be interest in me adding this to WinWorld, and if so, how do I go about this (I'm a newbie)?